The Mujeristas’ Collective presented at the Barco de Papel Cultural Center its third printed publication with the open microphone “Things that I will never tell you” on Saturday, December 14, 2019.
The open mic featured an online open call to artists who signed up and made their confessions through visual art, poetry and music. Attendees also participated and shared with some of the contributors featured in the third publication. 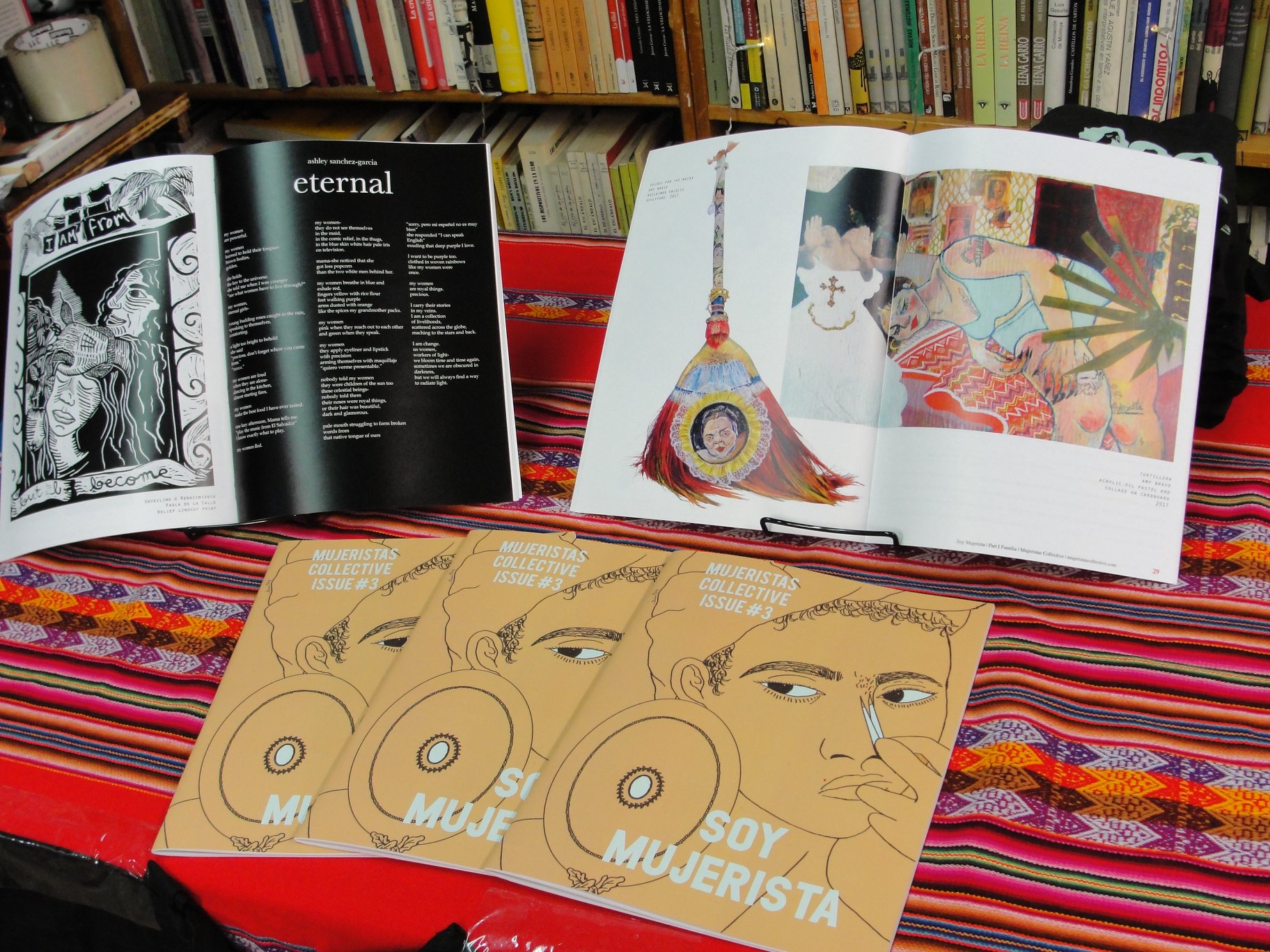 The open microphone “Things that I will never tell you” was inspired by the new issue of the publication “Soy Mujerista”. This issue brings together the work of twenty-five Latina artists and writers from New York City, among other places, who define and construct “mujerismo” in their own individual and collective terms, amplifying the meaning of what it means to be a mujerista in our society. This time the images of the edition are by Tanya Leyva and the cover art by Ariana Ortiz. “Things that I will never tell you” promotes three main elements: family, country and mujerismo. Photos of the event on our facebook page

The term mujerista was taken up by Ada María Isasi-Díaz in her book La Lucha Continues: Mujerista Theology. The term had been coined by the writer Alice Walker in her short story “Coming Apart” written in 1979. Later, Stephanie P. Aliaga was inspired by the principles of the theologian Isasi – Díaz for the founding in January 2017 of the Colectivo Mujerista . At present it is a proposal for the promotion and creation of art that focuses on the cultural identity of Latinx women (a neologism that defines individuals of Latin American origin who live in the United States and do not identify with the gender assignments corresponding to women, men or Afro-descendants.

This Queens-based collective is an educational and creative platform for the voices of Latinas run by five mujeres (women) in Queens. They are journalists, artists, and recent graduates from St. John’s University.They produce magazines to showcase contemporary art and writings that build their experiences within the framework of Mujerismo. Starting from their basic principles of solidarity, they focus their work on all women, using both zines and community events. Its goal is to document, educate, and present a diverse collection of work from a global perspective.