On March 24, 2016, Centro Cultural Barco de Papel received the Cuban writer and poet repentista Alexis Díaz-Pimienta. Díaz-Pimienta presented a selection of his poetic works, of which he included some poems dedicated to his experiences in New York.

Inspired by famous poets like Federico Garcia Lorca, who have visited the city before him, Díaz-Pimienta combines his impressions and experiences in the Big Apple utilizing
decimas, or decastichs, a style of poetry using only ten lines of rhythmic poetry adjusted in deference to the honorees who are being praised in the poem.

Díaz-Pimienta was just passing through New York and decided to pay Centro Cultural Barco de Papel a visit, is one of the most internationally renowned Cuban repentistas. With more than 25 years’ experience on Cuban television under his belt, he has brought this poetic improvisation style to more than 30 countries and has shared the stage with artists like Silvio Rodríguez, Jorge Drexler, Danny Rivera, Albina Rodríguez, Kiko Veneno, Hernán López-Nussa, Martin Buscaglia, Celina González, Isaac Delgado, Amaury Perez and many, many more.

After his presentation, Díaz-Pimienta demonstrated his skills on the spot by reciting decastichs inspired just by a few words or phrases uttered by those who attended the presentation.

Repentismo or song of improvisation is a typical poetry style that is popular in several regions in Spain and various countries in Latin America, based on improvisation. Everything is improvised but never the structure of the poem, using pentameters or decastichs. In this manner, if a troubadour or poet begins a controversy with a couplet, his adversary must follow the same form. The battle of poets ensues, the tone is one that mocks the other, developing into satiric verses, especially in festive circumstances in rural areas.

Díaz-Pimienta debuted on Cuban television and radio when he was just 5 years old. His fruitful professional career has brought him to numerous countries, such as Mexico, Venezuela, Algeria, Colombia, Italy, Portugal, Switzerland, Syria, France, Brazil, Ecuador, Argentina, Russia, Serbia, Germany, Uruguay, Panama, Puerto Rico and Chile. He spends his time between Spain and Cuba. In 2002, he decided to create his first group, which was extolled as the Guajira Band.

Alexis Díaz-Pimienta(Havana, 1966). Writer and repentista. Director of the Chair of Experimental Improvised Poetry at the University of the Arts of Havana, Cuba.

Member of the National Union of Writers and Artists of Cuba (UNEAC). His poems and stories have been translated into Italian, French, English, Japanese, Arabic, Farsi, Bulgarian, Danish and German. He has published up to this date 35 books in different genres: novels, poems, essays.

Díaz-Pimienta has published 10 books in children’s literature, one of which stands out because it is his version of Don Quixote in verse and 7 books whose lead character is Chamaquili, the boy poet. Chamaquili is a 3-time winner of the national prize, La Rosa Blanca, in Cuba. In 2012, he won the IberoAmerican Prize for Relatos Cortes de Cádiz, for his book, Interchange of Cards; in 2014, he won the International Prize for Novel UNAM-COLSIN-SUIGLO XXI in Mexico, for his work “The Perfect Crime of Pedrito Mendrugo.” He also received an honorable mention for the International Prize for Literature Sor Juana Inés de la Cruz, also in Mexico, for his book “The Book for Children who Use Glasses.” 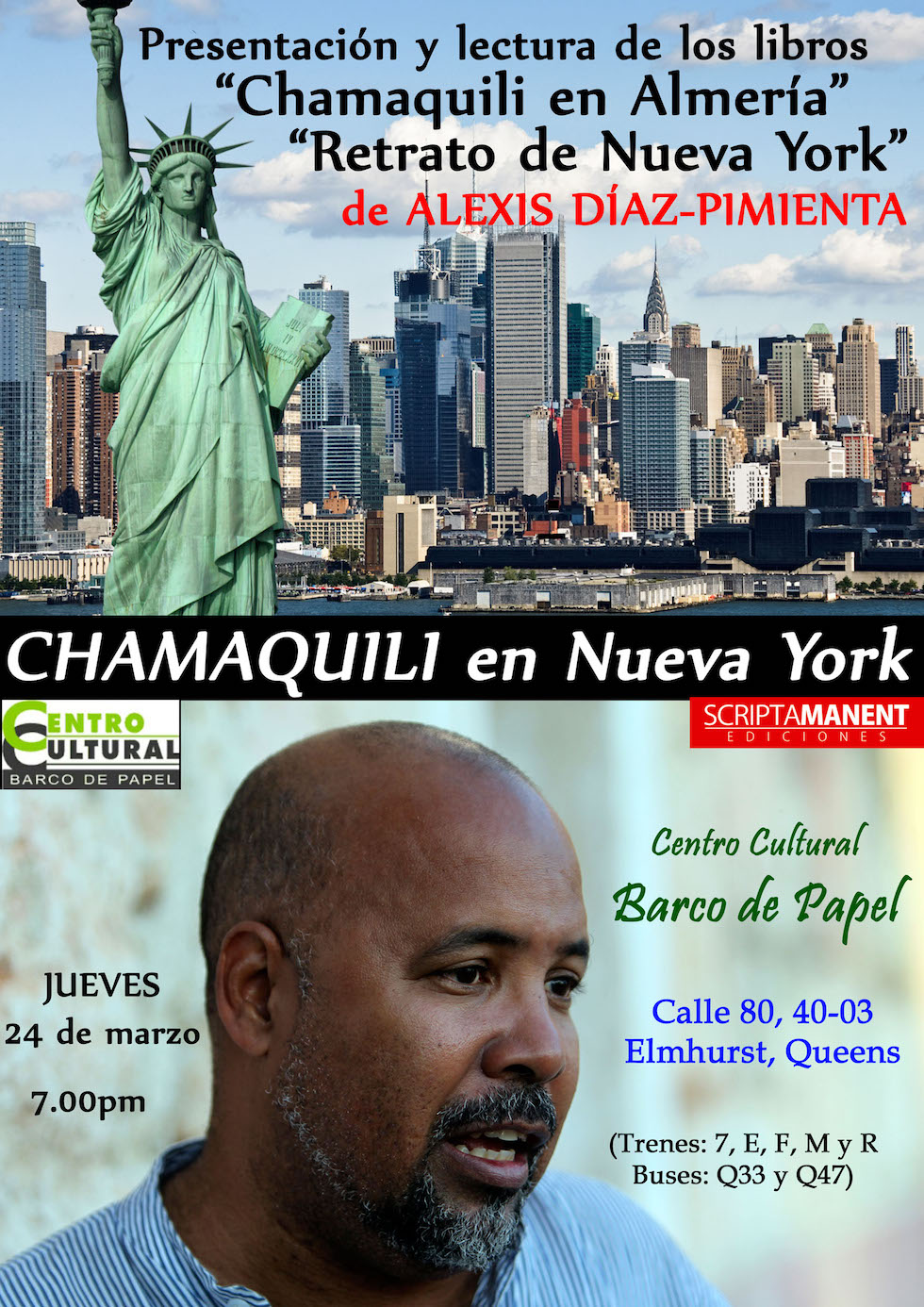