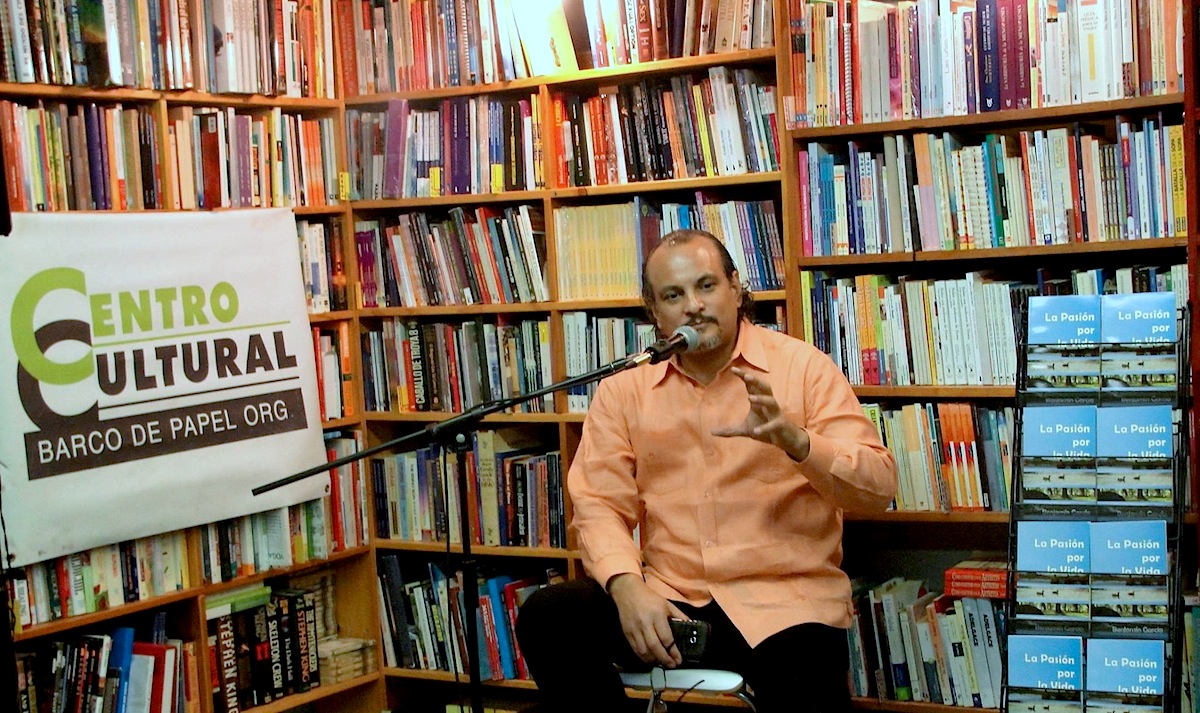 Dominican author Benjamin Garcia presented his book “La pasión por la vida (Passion for Life)” at Centro Cultural Barco de Papel. Garcia alluded with a smile that his book is “an important manual that contributes to the grow and development of each person.”  Photos of the event can be found on our Facebook page.
Garcia likes to say that the theme of his book is that one of  “the rescue of dreams, utopias and especially tenderness.” The author of “La pasión por la vida” explored the reasons that led him to write this book were “full of humanist and motivating thoughts.”

Benjamin Garcia was born in Moca, Dominican Republic in the late 60s, a place that he calls the “small town of his pride.” From adolescence on, he was actively engaged in cultural and religious activities at the Don Bosco Youth Center, a center with humble means that nurtured much of his moral upbringing, as well as fostering his early desires to work in communication and the arts. From then on, he has worn a coat of many colors.

His vocation toward the arts led him to study Architecture at the Technological University of Santiago (UTESA), where he also taught for more than a decade. Wearing his journalist hat, he delved in radio, television and print media in the Dominican Republic and New York where he has resided for many years. As an actor, he has played many characters, one of which was an important role in the Dominican film “El Teniente Amado” a screenplay written by journalist Huchi Lora and directed by Dominican filmmaker Felix Limardo, as well as some off-Broadway plays. Using the radio medium, he produced motivational segments for several Dominican radio stations about the passion for life.These minute-long soundbites later became a book, morphing into a conference. This book is a compilation of text he has published so far. Garcia likes to call himself an “artisan of dreams.”