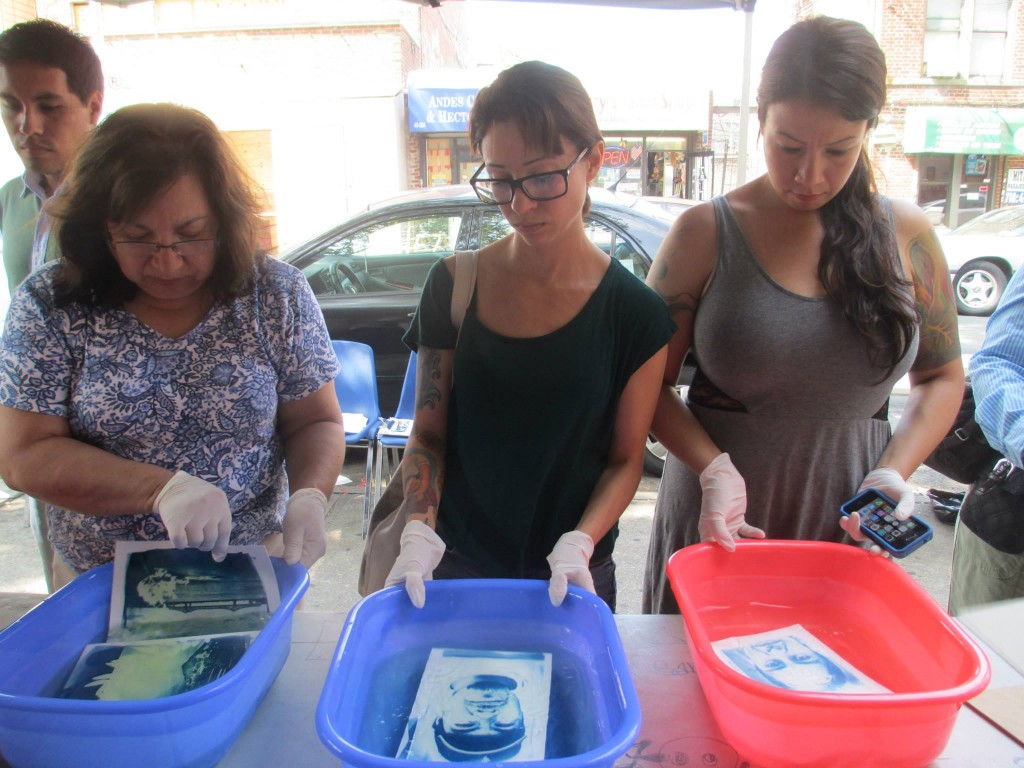 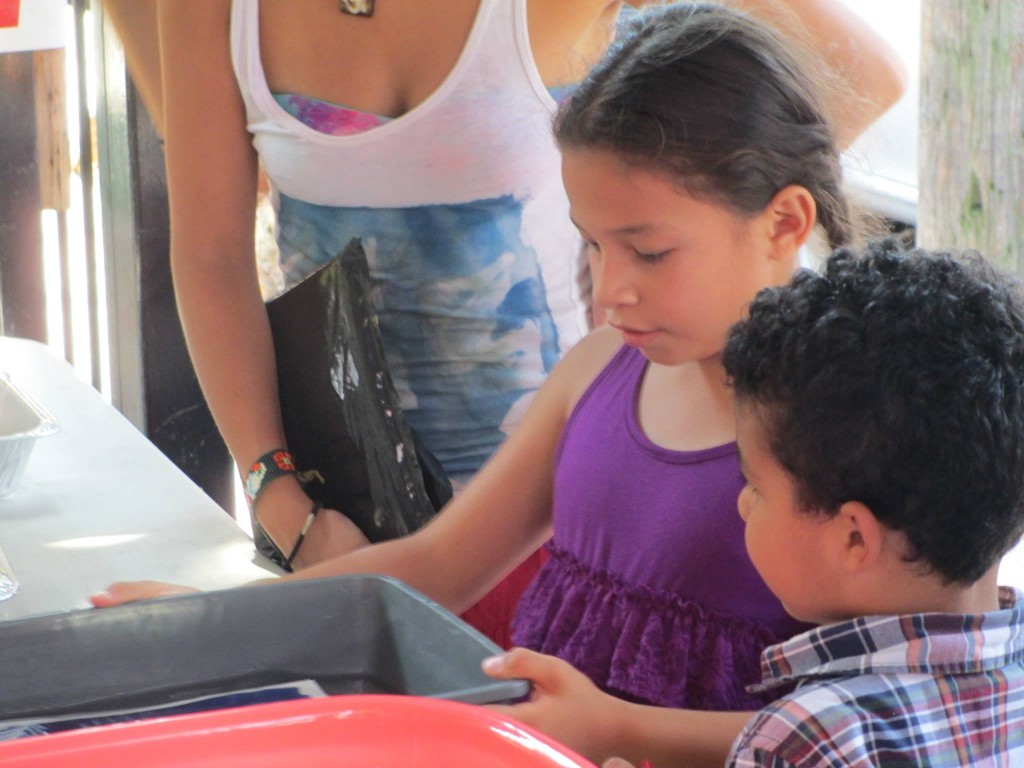 A free workshop about cyanotype photography conducted by recognized photographer Diana Bejarano was held on Barco de Papel on September 6 2014. Participants had the opportunity to learn to draw using light and print their photos using the cyanotype technique, one of oldest and traditional photography development processes.  Please find photos of the workshop in our Facebook page. Like It 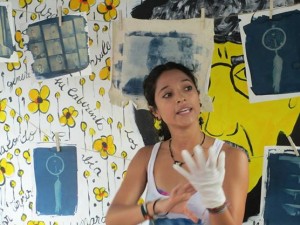 Diana Bejarano is a Colombian artist and photographer residing in New York. Her work focuses on the documental portrait exploring methods and experimental techniques within photography and visual arts. She studied photography in the FIT (Fashion Institute of Technology), Her photographies has been published  in magazines such as Financial Times, she had developed art community projects and exposed in collective expositions in New York and Bogota.
Cyanotype  is an old monochrome photography process that produces a blue print. The English astronomer  Sir John Herschel invented this process in 1842. Hershel idea was put into practice shortly thereafter by British botanist  Anna Atkins. Atkins published a series of books documenting ferns and other plants, whose illustrations were but copies or blueprints. For her series British Algae, 1843, Anna Atkins is considered the first women photographer. 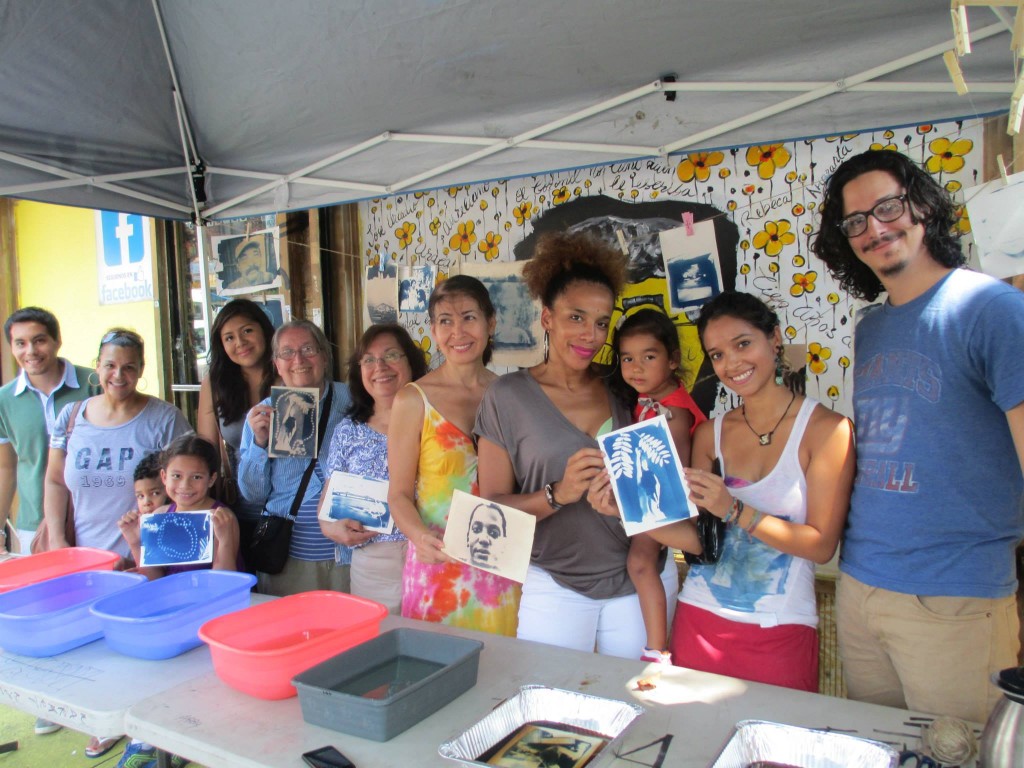 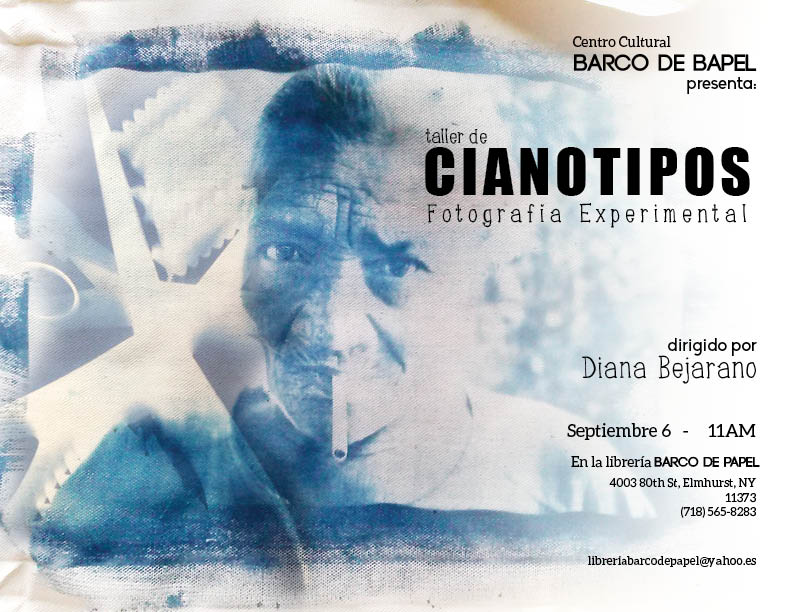