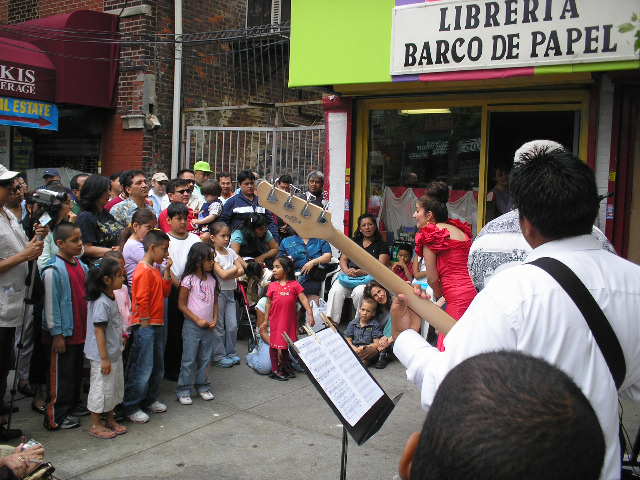 A fundamental part of our culture is our musical richness, It also constitutes one of the most important contributions to the musical history of New York and the United States. In the early fifties orchestras with Cuban musicians and directors who brought the son and mambo, united which Puerto Rican musicians, African and interpreters of jazz. They came together with that amalgam of rhythms and styles and formed in New York what is called salsa.

Barco de Papel presented in a very didactic way a tour of all those rhythms and instruments up to the sound known as salsa. Through the narration of “La rumbera” a typical character that introduced children to an imaginary journey explaining the history of Caribbean rhythms with musical accompaniment from students of the “Harbor Conservatory of Music” from El Barrio, led by teachers David Oquendo and Chacho Schatz. The event ended with a workshop about making musical instruments. The band members were: Jessica Rodriguez (drums), John Acosta (bongos), Luisito Gomez Jr. (piano), Diego Luna (bass), Mario Muñoz (conga) and Jean Castillo (guiro).

“The rumbera”, played by Paula Ortiz used the characteristic attire of this character, flamboyant red dress, shoes and wigs, to guide attendees on this trip by our musical culture. The instruments workshop was led by Jane Olivera and Gloria Flood.

The event was publicized in local media in New York: 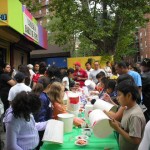 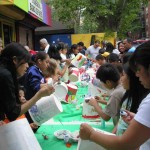 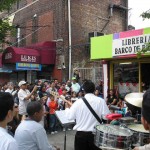 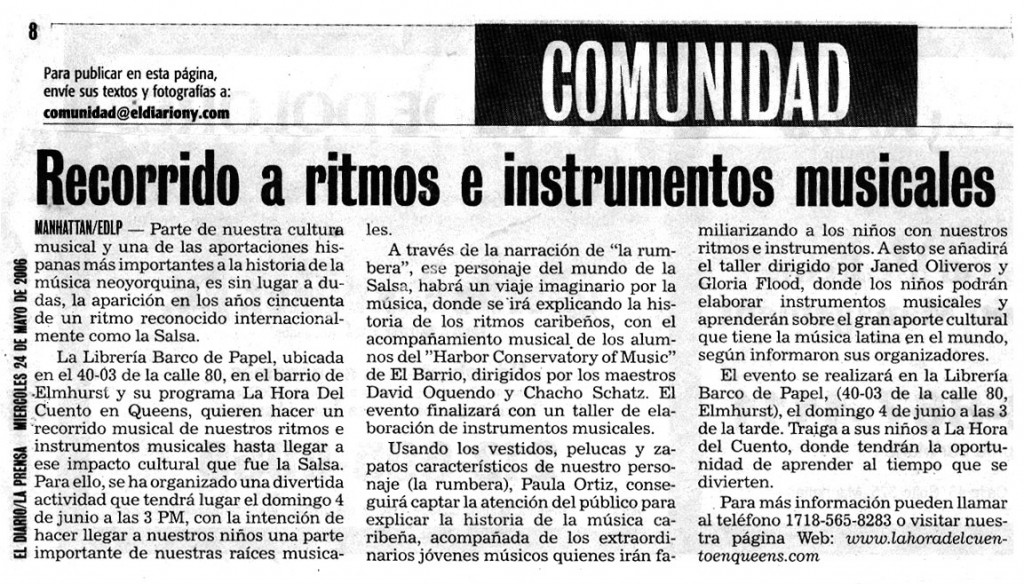