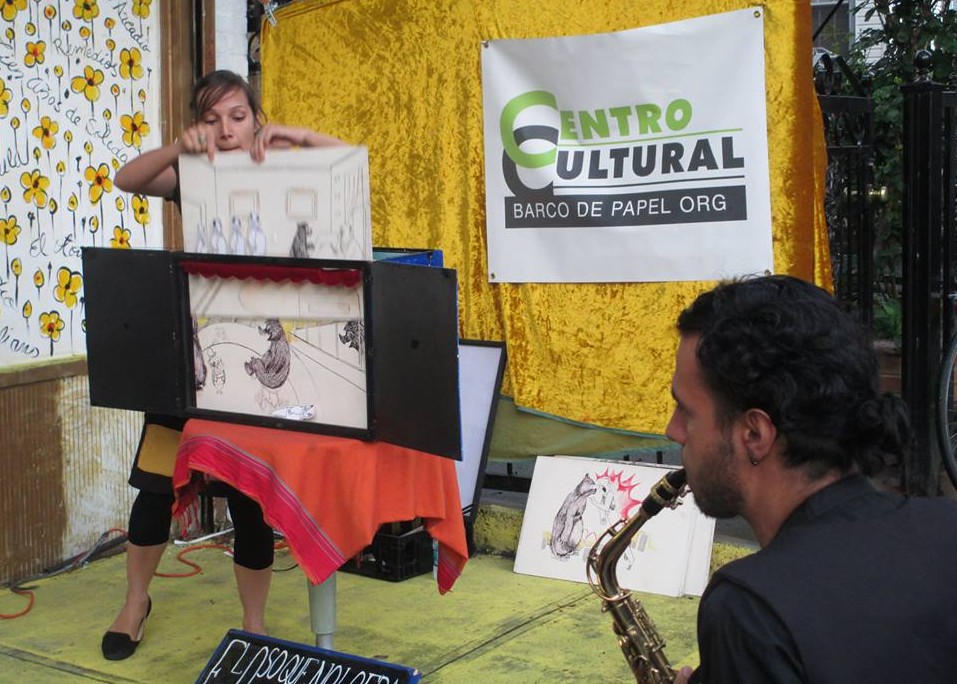 Artist Darinka Ramírez, made her New York debut at Barco de Papel with her multi-disciplinary assembly called ‘Los que no lo eran (Those Who Were Not)’, which included stories, live music, Japanese Kamishibai theater, puppets and hand made film.

The assembly and preparation of this work took two years from 2010, and It was presented for the first time in August 2012 at the Elma Turner Library in Nelson City in New Zealand. It was presented afterwards in the Children’s Book Fair in San Cristobal de las Casas (2013) in Guadalajara, Mexico.

The work, aimed to both children and adults, presents the oral narrative traditions of her grandparents from New Mexico, nurtured with unforgettable places and characters, all contained in the confined space of a little boxed tether called the blue little theater. It revived the techniques of the legendary Kamishabi theater from Japan, a drama technique using light and paper figures. She was accompanied by live music, acting and puppetry, unifying all those elements with the narrative of oral traditions. A show full of creativity and innovation.

Although the presentation in Barco de Papel was held part indoors and part outdoors, it was entirely conducted by Darinka Ramirez and Pablo Uc, she as storyteller, actress and director and he providing support voices and music. Lukas Ehrman participated in the production, design and construction of the little theater, Miguel Soto helped as an adviser in puppetry and Erendida Cisneros as designer. The stories were written by Thierry Lenain, Francisco Hinojosa and Frank Tashin, among others. 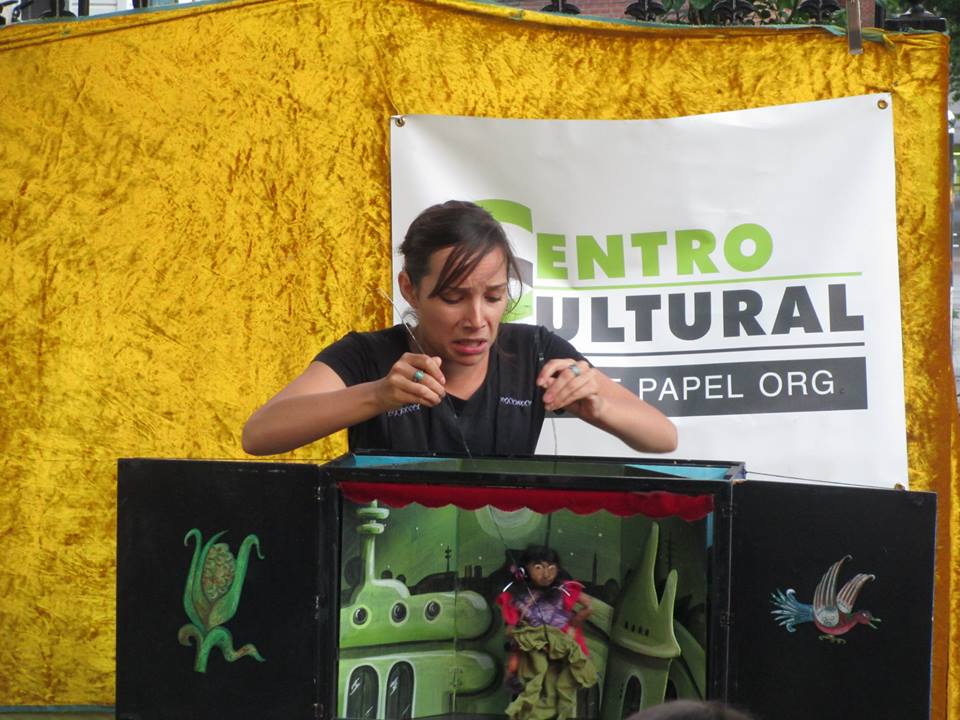