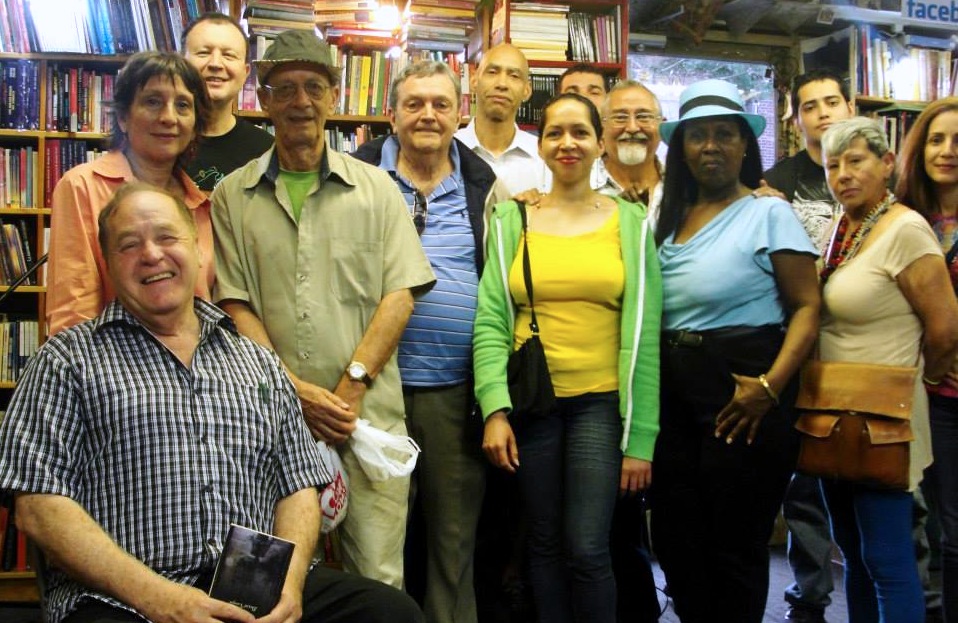 The cultural organization  OLLANTAY Center for the  Arts and Centro Cultural Barco de Papel presented the Cuban novelist and playwright David Camps, who was visiting New York City where he was conducting an intensive playwright workshop organized by Ollantay. During his presentation in Barco de Papel he talked about Cuban theater and his work. Find photos of the event in our Facebook page.

David Camps. Actor, playwright, narrator, art critic, theater and radio show director, he is dramaturge consultant and a teacher of drama. An avid reader since his childhood, at the early age of eleven he started a school newspaper called El Palmar. He published his first story Balance in UNION magazine of Cuba. He has been included in anthologies in Cuba and Latin America. He has published five books by Cuban publishing houses:  Balance (1964); Nefasto, trece (2010), El día de Kipur (2005) and Puerto Esmeralda ( 2007).