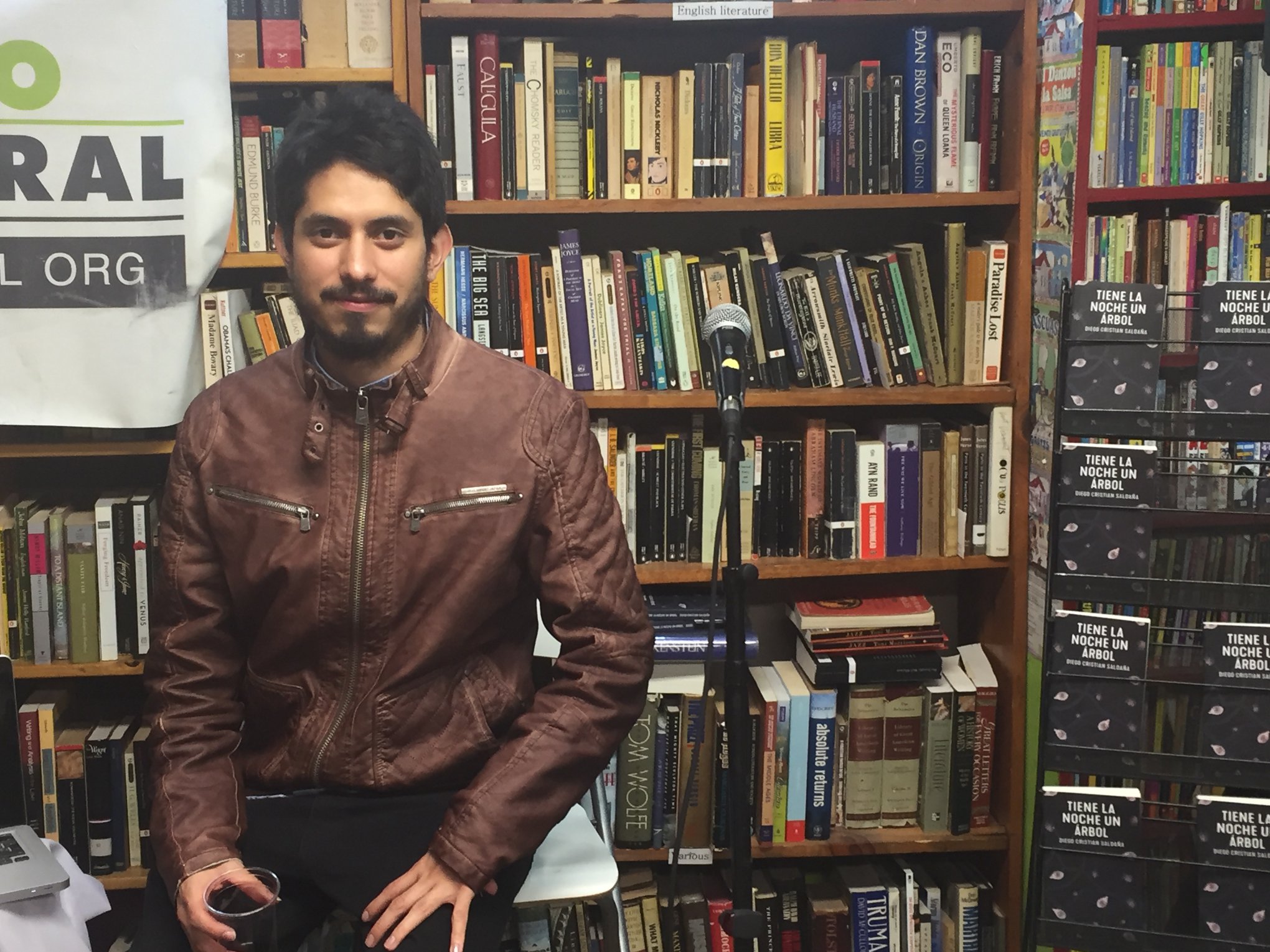 Tiene la noche un árbol,  shows the reader a single story from two different angles. In the first part, the plot unfolds in a scenario in which action predominates and revolves around the premonitory (and possibly transmutable) capacity of Felipe, an economist who will discover how his ability for statistics has evolved to become a supernatural phenomenon. The second part, on the other hand, takes place in a reflective and contemplative environment, through the point of view of Phillip, Mercedes and Dany, whose experiences on their trip from the United States to Mexico will lead them to take very different paths from those they had planned. and that will culminate in merging with Felipe’s path.

Master in Performance Studies (NYU), graduated in theater with a specialty in Dramaturgy (FFyL-UNAM), he has studied music (FAM-UNAM) and literary creation (SOGEM). He has recorded four albums of jazz, funk and experimental rock. His work of music and literature Soundtrack Invisible was presented in 2011 at the Museum of Contemporary Art, MUAC. His theatrical works have been represented in Sitespecific spaces, at MNT 2015, Dramaturgy Week 2015, ENARTES 2015, Festival de la Joven Dramaturgia 2018 and ENARTES 2018.

His work Disenso was selected to close the Festival of Latin American Poetry in New York, where he was nominated for the best piece of the year 2018 by Interim magazine, and selected for the exhibition Modos de Oír, of the Ex Teresa Arte Actual museum, 2019. His piece A complicated version of freedom was selected for ImaginedTheatres magazine (NY, 2019), and her corporal dramaturgy Habitando el ruido y el silencio (Inhabiting noise and silence), with Laura Martinez, was selected to appear at the Prague Quadrienal 2019 (Prague).

He has published stories in the Guaraguao Magazine (Barcelona), in Amphibia Editorial (Barcelona) and in Punto en Línea (UNAM, Mexico). His works with Cro-Magnon have participated in the Nesxt Performance Festival (Torino), the Bobst Film Festival (NY), and the Impulso Music and Scene Festival, UNAM.

His work CroMagnon is currently a recipient of the FONCA 2019 Fomento y Coinversiones scholarship to carry out national tours, and recently received the Next Generation scholarship from the Prince Claus Fund (Netherlands) to develop the Micro-Abyections project.