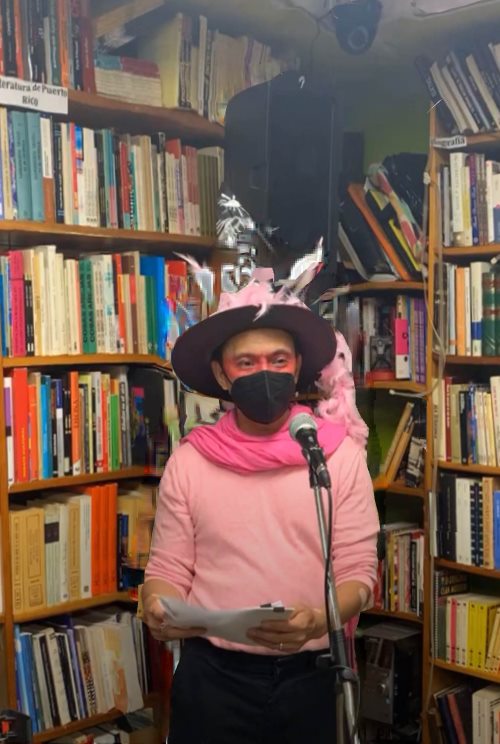 Bino A. Realuyo is a Filipino-American novelist, poet, community organizer and adult educator. He was born and raised in Manila, Philippines but spent most of his adult life in New York City.

He has earned degrees from American University in Washington, Universidad Argentina de La Empresa, and Harvard University. He is the author of the novel The Umbrella Country (1999) and the poetry collection The Gods We Worship Live Next Door (2006), which won an Agha Shahid Ali Prize in Poetry.

Judge Grace Schulman described Realuyo’s work as “passionate without a trace of sentimentality.” Realuyo’s honors and awards include a Lucille Medwick Memorial Award from the Poetry Society of America and a 2009 Philippine National Book Award. He lives in New York City, where he has worked as an adult educator and community organizer in underserved communities. 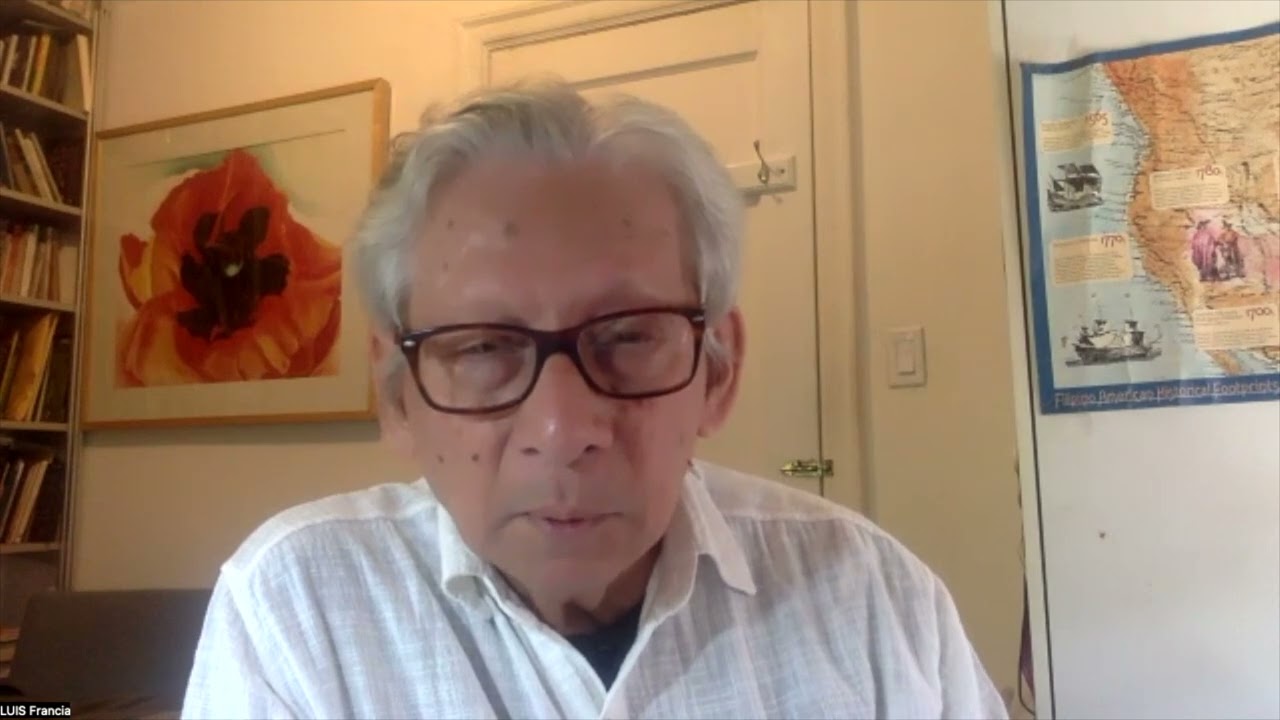 Luis Francia was born in the Philippines and earned his BA from Ateneo de Manila University. He immigrated to the US after college, moving to New York City. In the 1970s, he began working for the Village Voice, a newspaper he was associated with for more than 20 years. A journalist, an editor, and a teacher, Francia began to write poetry in workshops with famed Filipino writer Jose Garcia Villa at the New School. His collections include The Arctic Archipelago (1992), Museum of Absences (2004), The Beauty of Ghosts (2010), and Tattered Boat (2014). His memoir Eye of the Fish: A Personal Archipelago (2001) won a PEN Open Book Award and an Asian American Literary Award. Francia has published numerous works of fiction and nonfiction, including Memories of Overdevelopment: Reviews and Essays of Two Decades (1998), A History of the Philippines: From Indios Bravos to Filipinos (2010), and RE: Reflections, Reviews, and Recollections (2015). Francia’s play The Strange Case of Citizen de la Cruz was staged in September 2012 at Bindlestiff Studio in San Francisco.

Francia edited the collection Brown River, White Ocean: A Twentieth Century Anthology of Philippine Literature in English (1993). With Angel Velasco Shaw, he coedited Vestiges of War: The Philippine-American War and the Aftermath of an Imperial Dream, 1899-1999 (2002) and coedited the literary anthology Flippin’: Filipinos on America (1996) with Eric Gamalinda. He has taught at Sarah Lawrence College, Yale University, City University of Hong Kong, Ateneo De Manila University, and Hunter College. Currently, he writes an online column “The Artist Abroad” for the Philippine Daily Inquirer and teaches at New York University. He lives in Queens, New York, with his wife, Dr. Midori Yamamura. 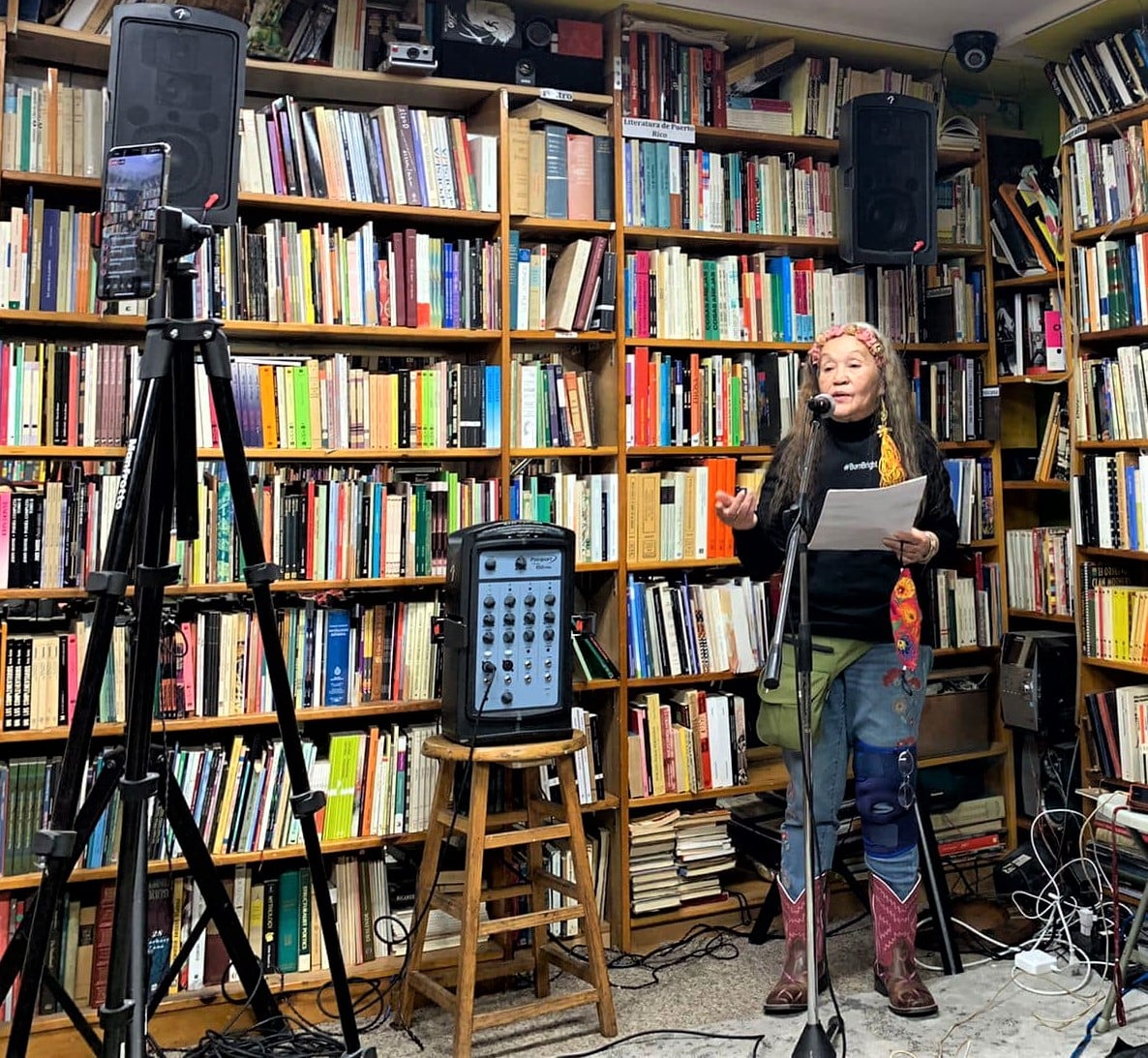 Ninotchka Rosca is a Filipina feminist, author, journalist, and human rights activist. best known for her 1988 novel State of War and for her activism, especially during the Martial Law dictatorship of former Philippine President Ferdinand Marcos.  Rosca has been described as “one of the major players in the saga of Filipina American writers. She was a recipient of the American Book Award in 1993 for her novel Twice Blessed.

She is active in AF3IRM, the Mariposa Center for Change,  Sisterhood is Global and the initiating committee of the Mariposa Alliance (Ma-Al), a multi-racial, multi-ethnic women’s activist center for understanding the intersectionality of class, race and gender oppression, toward a more comprehensive practice of women’s liberation.

Imprisoned by the Marcos Dictator, she went into exile in the US when threatened with a second arrest. She has authored six books, two of which, the novels State of War and Twice Blessed are considered classics of Philippine literature.

This event was made possible by City Artists Corps Grant, Queens Council on the Arts, and Centro Cultural Barco de Papel 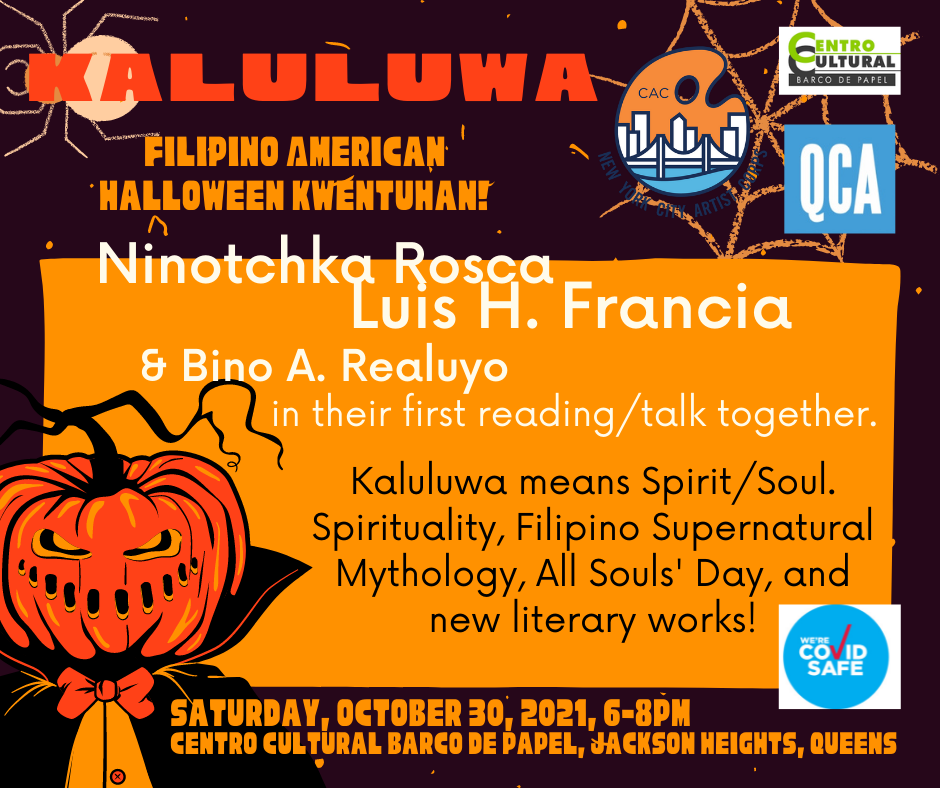