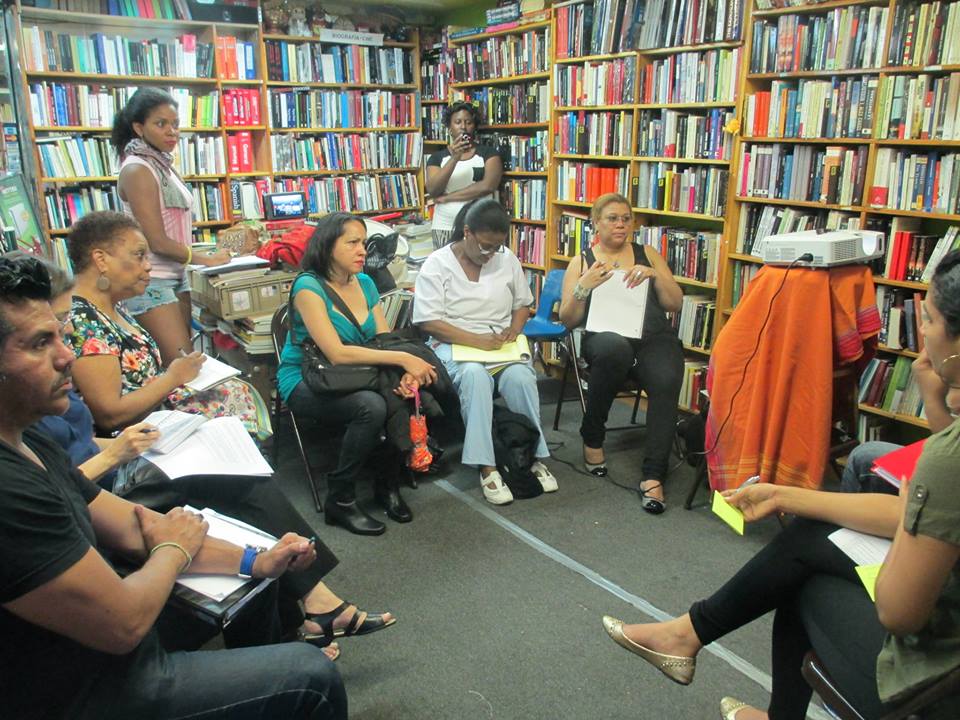 This practical workshop was held during the 2, 3 and 5 of June 2014 at Barco de Papel.
The workshop turned the place in a space of creation and analysis of contemporary theatrical structures from its comparison with conventional model. As a result participants wrote essays and adapted literary material  and not just theatrical, and all their work were read or show to the group and to a group of listeners at the end of the workshop.

Hernandez has been doing and excellent work in Cuba and had worked in many government  cultural projects with kids, teens and adults. He is director and founder of the cultural project “Keep your children away from alcohol (Aleja tus hijos del alcohol)” an experimental performance platform in Cuba directed to kids and teens. He won the  scholarship Milanes (2012) for creation and the first prize for the staging and performance in 2006 in the Relationship Feast (La Fiesta de las Relaciones) in Santiago de Cuba, he is general coordinator of Teatro de Otoño-Encuentro Internacional de Teatro Joven Experimentan in Habana, Cuba, an international theater festival of new  voices of young play writers.

He has collaborated with prestigious companies like the Public Theater of Cuba and he maintains a study about the Afro-Cuban and dance influence in theater.

Almarales is an actress and theater specialist in Cuba.

Find photos of the workshop in our album about the event in our Facebook page.   Like It