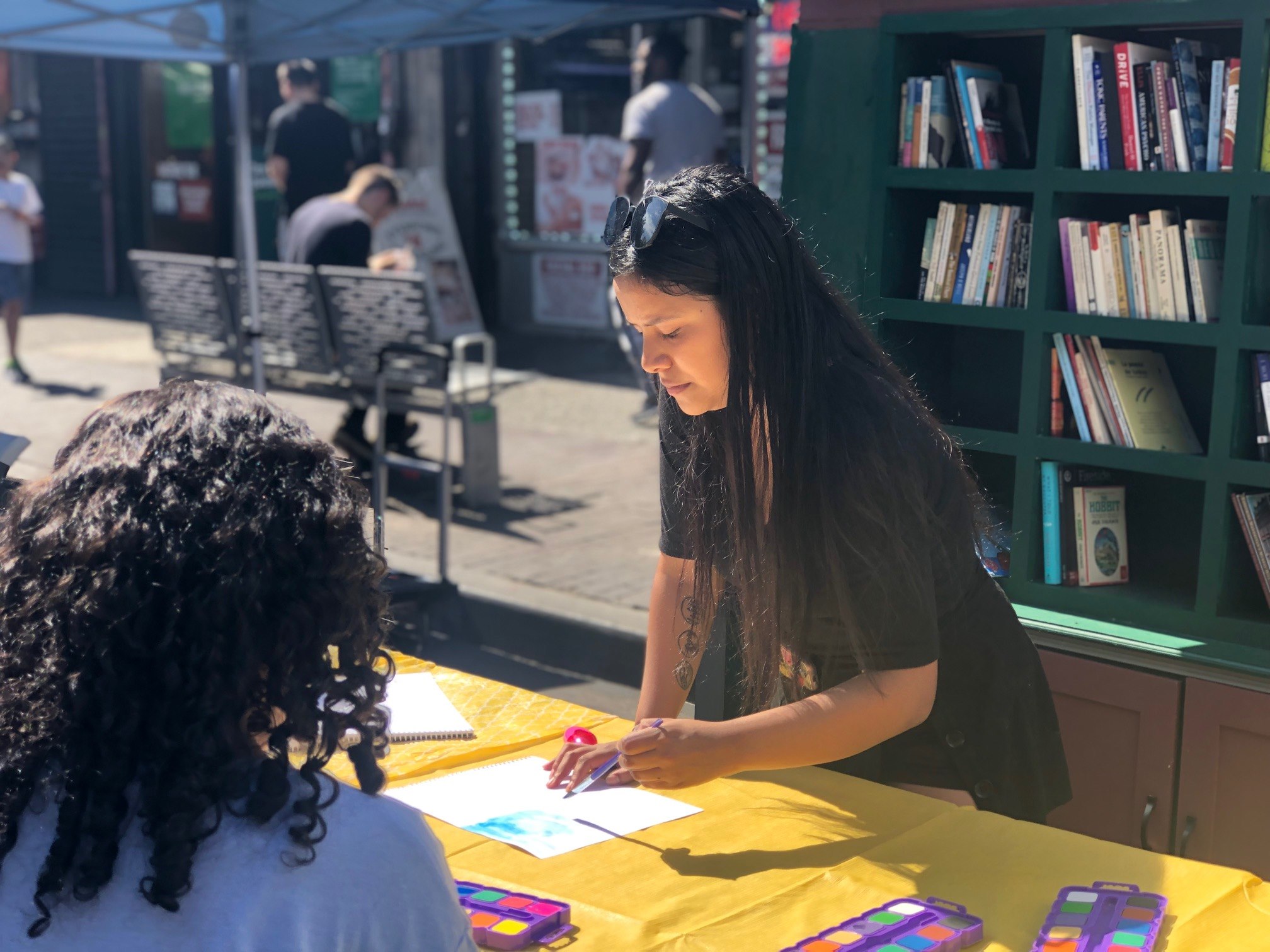 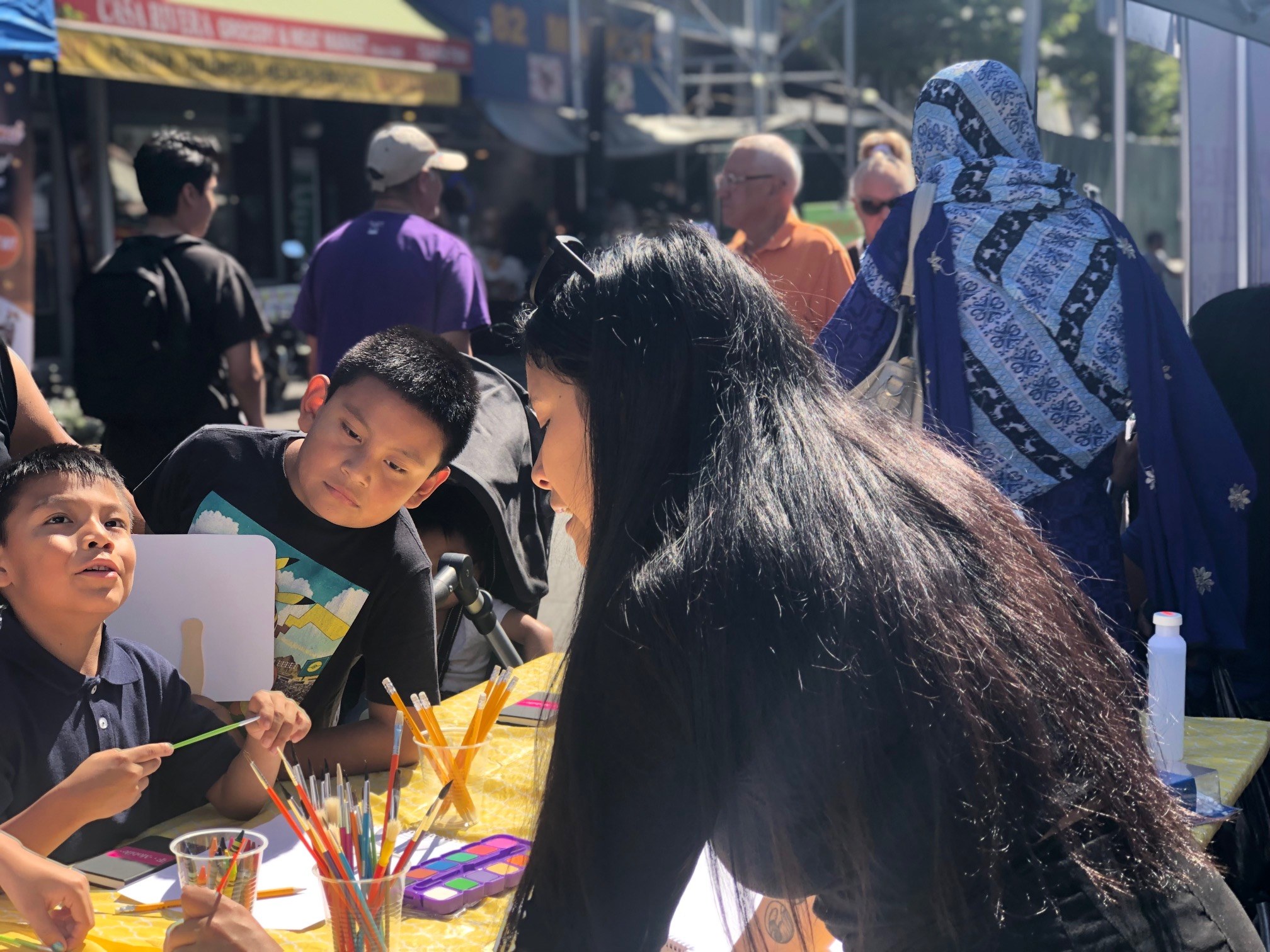 The workshop open to all families, where participants did not need artistic experience only curiosity and passion, took place on 82nd Street between Roosevelt and Baxter avenues in Jackson Heights, Queens, at 2pm. 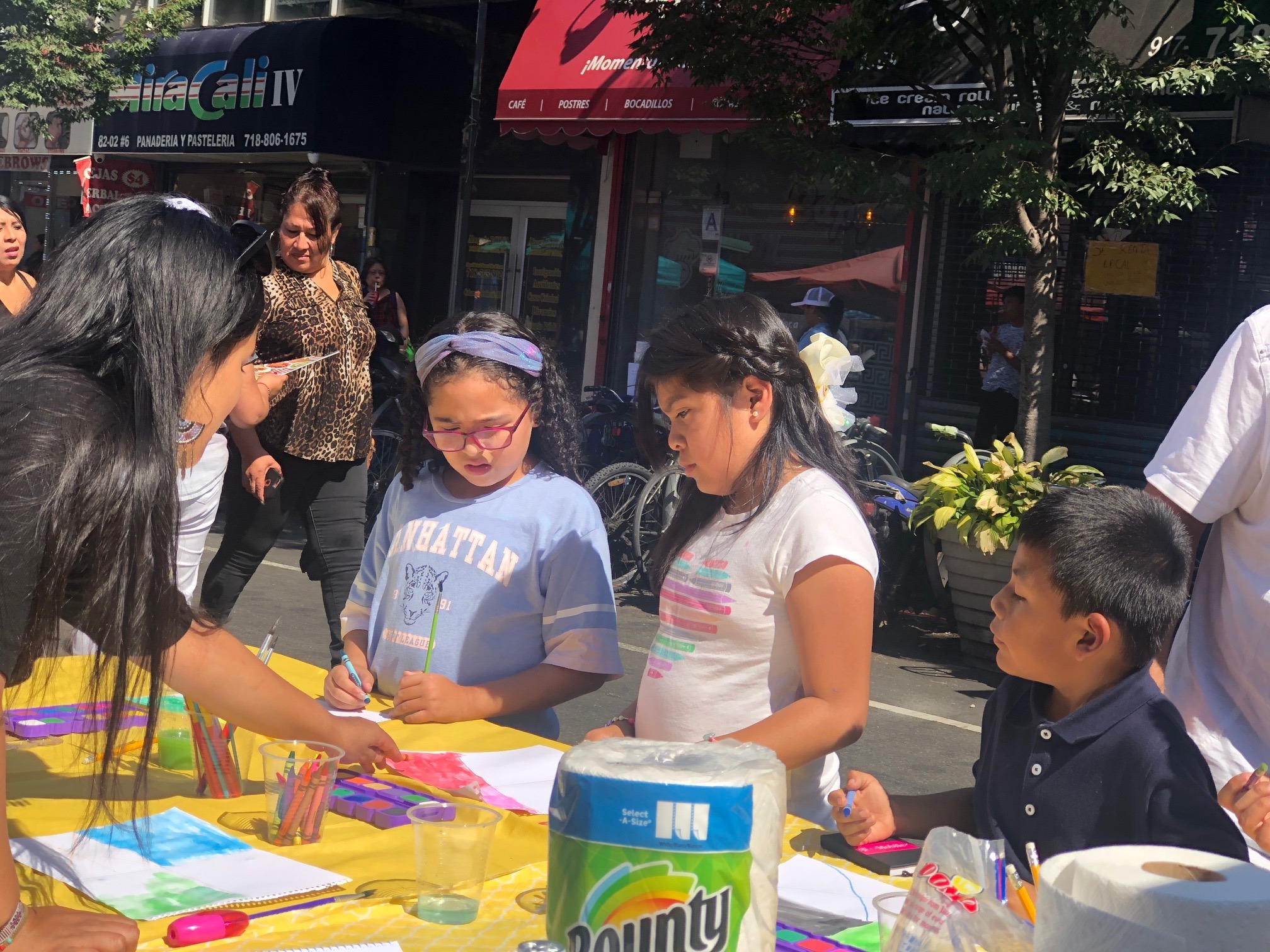 Valentina Lovera, (Bogotá, Colombia, 2000.) began her secondary studies at the San Felipe Neri school, Colombia, finishing them at the Western High School in Florida, USA. From an early age Valentina felt passion for the plastic arts and her inclination for drawing led her to approach painting, doing different works in Acrylic and Watercolors; She combined her passion for art with theater by entering the Casa Actores acting school in Bogotá 2015, where she participated in works such as: Romeo y Julieta, Peter Pan and a short film: “Los Niños de Juana”. She currently resides in New York City, where she combines her passion for the Visual Arts with her university studies. 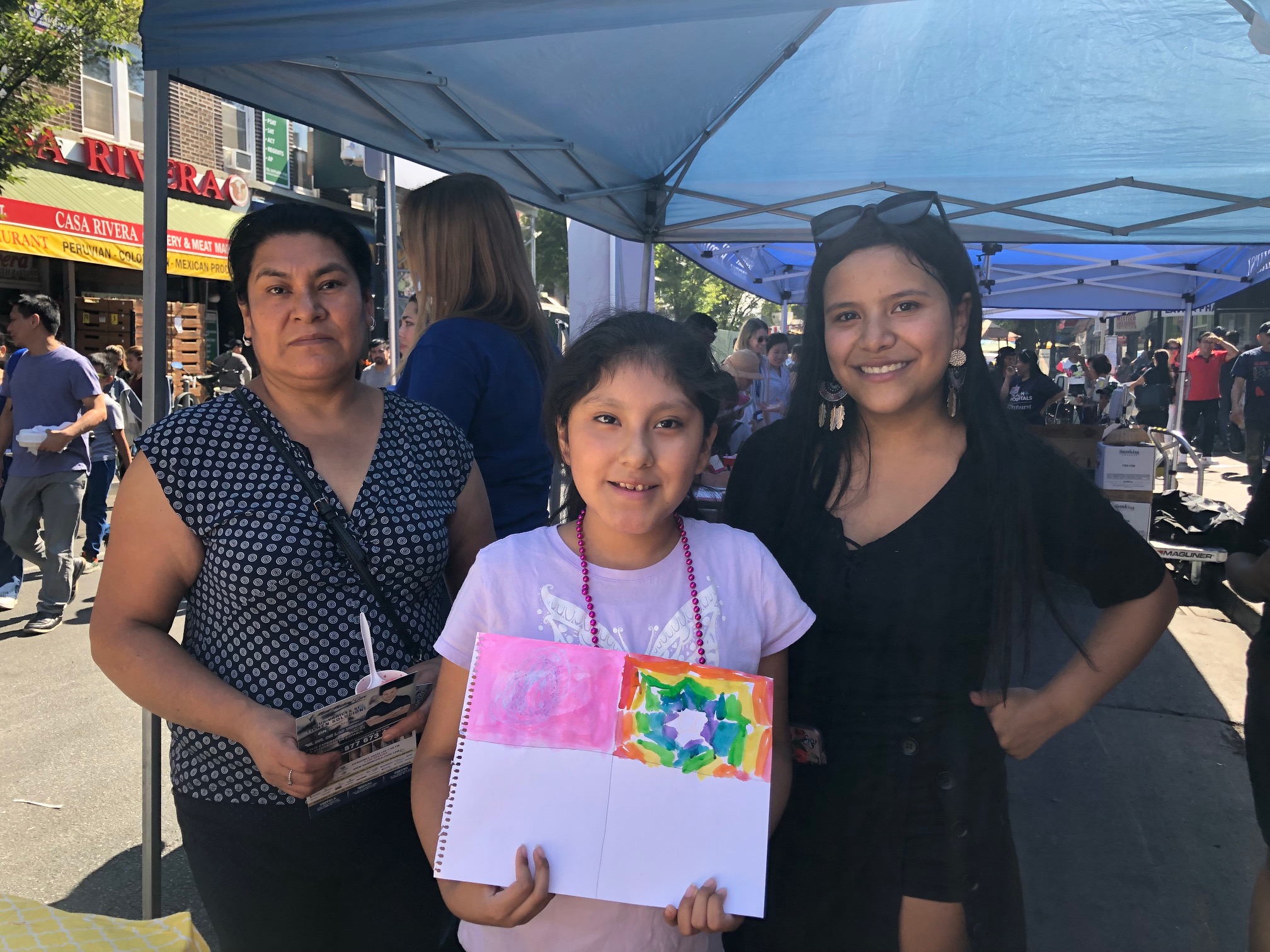