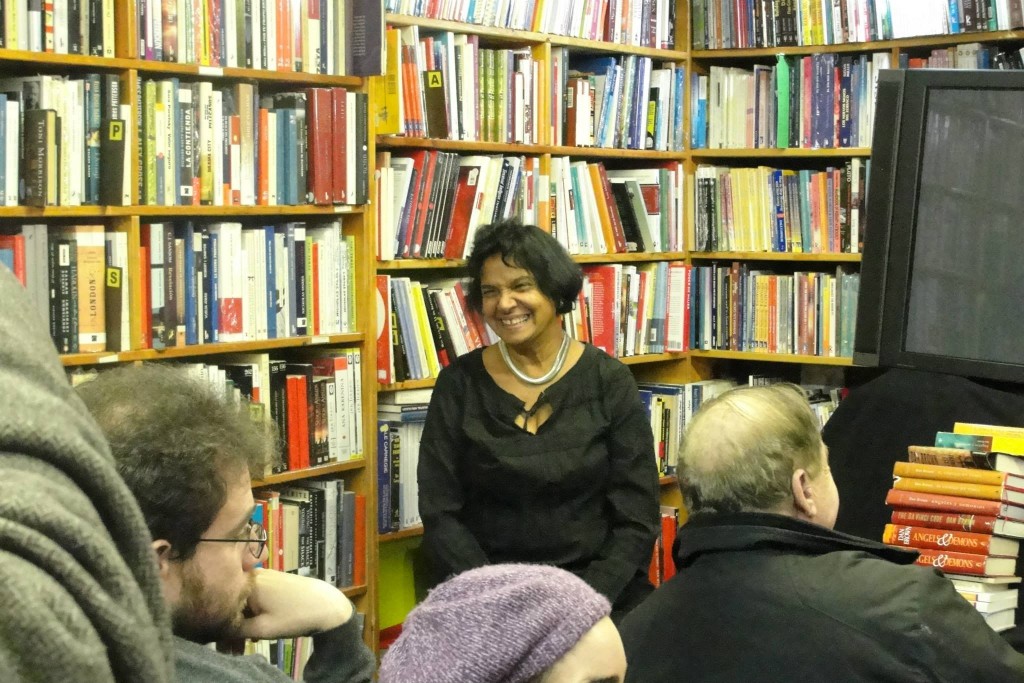 Cuban researcher Yana Elsa Brugal, dictated the conference “Rite and Performance (Rito y Representación), in Barco de Papel during her stay in New York in November 2013. The occasion offered an excellent opportunity for theater buffs of New York City to listen to this academic and new the African influence in Cuban contemporary plays.

Yana Elsa Brugal studied in the National School of Art in Cuba (1970) where she graduated in acting. She has also a degree in Theatric Studies from the Leningrad State Institute of Music, Cinema and Theater in the old URSS (1980) where she also pursued her Doctoral degree in Artistic Sciences (1984).

She directed the theater magazine Tablas (1991-2000) and had been a teacher for different cultural institutions, dictating academic courses and conducting workshops. She is a professor and researcher, lifetime member of the National Permanent Court of Graduate Doctoral Studies of Science on Art (Superior Institute of Art in Cuba) and directs the cultural project “Arte-Tiempo”

She coordinates international seminars about Rite and Performance as well as Stanislavski Siempre (Stanislavski Forever) she is member of UNEAC,  LASA (Latin American Studies Association), CARIBNET (Caribbean Art Presenters Net) and her essays had been published in specialized publications about theater. She is co editor of a book about Rite and Performance and magical-religious systems in Cuba.