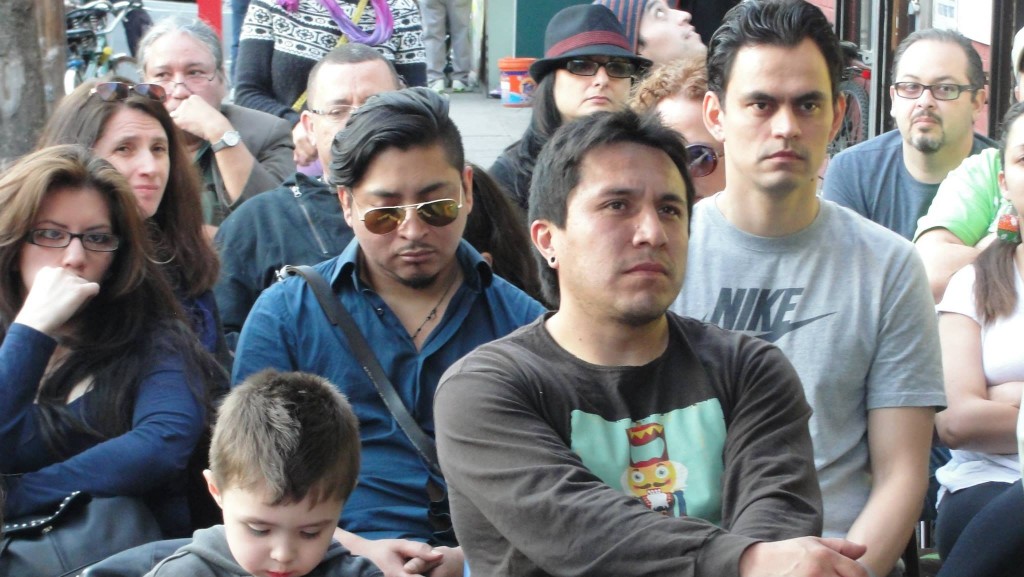 On last april 18 friends and poets of New York City conmemorated in Centro Cultural Barco de Papel the birthday of poet  Ricardo León Peña-Villa (1960-2011) with a Open Mic where artist and authors showed their poetic and musical feelings about the passing away of this poet.

Peña Villa left a legacy in the Latino cultural movement of New York by his life, his work and his social and political activism. Born in Medellin, Colombia he arrived initially at Jackson Heights and started working in the cultural movements “Puerta 10” and “Squatters” of NYC that later recovered abandoned and dilapidated buildings condoned to destruction in New York City to make use of them as living quarters of young artist.

In the Lower East Side in Manhattan, he was gestor of  “Umbrella House” where he concreted the urban project of recovering by art and after a long struggle with the house authorities, their residents were able to legalize the building as part of the city. It is still traditional in each spring the colorful painted umbrellas hanging from each one of its windows. In Umbrella-house Peña-Villa developed most of his work and from there he leaded all kind of artistic and literary expressions up to the end of his life.

Among his cultural projects is necessary to mention the collective Poetas de Nueva York (Poets of New York), an organization of poets, which organizes the  ‘Encuentro Anual de Poesía Poetas en NY (Annual Poetry Encounter of New York)’. He also founded and directed during many years the poetry magazines  “La Ñ” and “Casa Tomada”, and the digital magazine “Redyacción”.

He worked as reporter and journalist of culture and entertainment for El Diario/La Prensa of New York and in the weeklies  Visión 15 and Noticiero Colombiano. He also hosted local radio shows for the Spanish radio. He published six poetry books, one book of short histories and a novel, his latest work. In his poems, articles and short stories he sided with people marginalized by society and their fights, but he was also a free thinker, with a popular base and a clear and concise language.

As an activist, additionally to his participation in the  Squatters movement, he was part of political protests in Vieques, Puerto Rico and in the Walk for Peace in Colombia.

“El poeta”, as he was known in New York, was a personage that represented the hard living conditions of struggling artists in New York City, those who didn’t bend to hardship, extreme cold or hunger, and who look for a scape in the bohemian life and in the joy of working in what they love. A world of scarcity among the most opulent society of the planet, a moment of time for reciting that spontaneous word that seduces and springs up by the wine among the daily rush of life in the city. His apartment was a place where artists, poets and intellectuals meet and interact, its walls were written with poems, drawings and all kind of messages left by the visitors that gather up to the morning hours.

Eventually his lifestyle had a toll on his health, and little by little sickness  took his body until the last breath that Friday March 11 at 11:15 in the Hospital Beth Israel of New York at just fifty years of life.

Find photos of the event in our Facebook page (album 1, album 2). 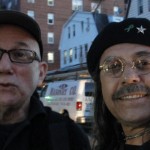 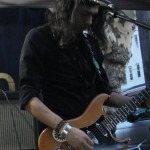 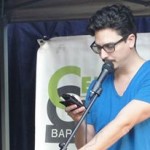 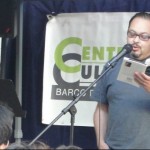 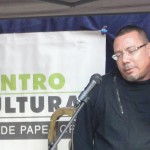 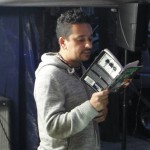 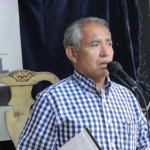 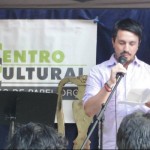 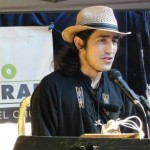