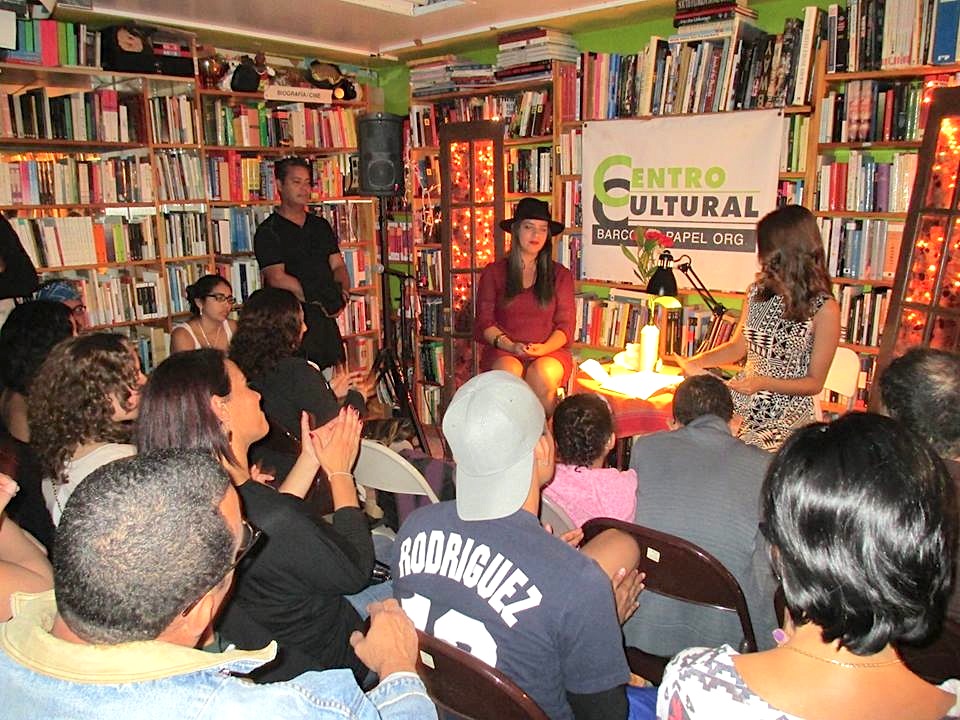 Centro Cultural Barco de Papel presented last September 26 the first edition of the “Approach to poetry written by women” with an excellent response from the community who filled the room to hear the work of the young poets Marielis Acevedo series Johanna Irizarry and Pino, from Puerto Rico and Colombia respectively.

The event combined reading the unpublished work of these young authors presented in the form of performance without the aid of microphones and in the gloom of the place decorated with candle lights after old glass doors. The poets made their entrance to the site with blindfolds while reciting one of their carefully selected to the initial poems for impact. Johanna Pino started the evening followed by Marielis Irizarry who after her entry began the reading of her poems and Johanna closed with hers.

It is important to highlight the warm decor of the room, the poets sitting in front of the public or an intimate side of a table slightly lit by a lamp room and the feminine decoration touch of a vase with red carnations. 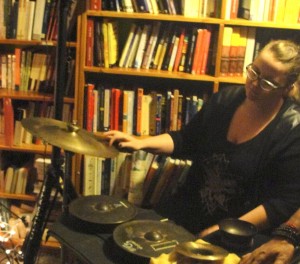 he young poets who prepared the event with great zeal, were directed by the poet  Diego Rivelino and accompanied by percussionist Katherine Stocks to add drama to the presentation. They began this series of presentations that have been intended as a forum for analysis, debate and reflection on writers who for various reasons have not published their work. Thus these presentations serve to familiarize readers with the literary process in all facets of creation.

After the concert attendees exchanged questions to learn more about them and their work. The evening ended with the presentation of the Cuban singer Luis Alvarez, the “Juantanamero”.

Paper Boat Cultural Center is a non profit organization, committed to the goal of disseminating literature and letters of Hispano-America in New York, and it is located in one of the places of greatest ethnographic diversity in the world. People from all over the world and in particular of all American countries, share their culture. 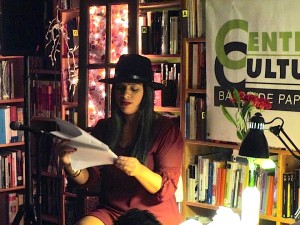 (Puerto Rico, 1982) Graduated from the University of Puerto Rico where she completed a journalist degree and a Masters in Sociology. In 2014, his poem “City of Wax” was honored in the annual competition of the Publishing House of Poets and published in the anthology “Frontiers of the impossible.” Currently, under the watchful eye of the Puerto Rican poet Mairym Cruz Bernal she is working on creating her first book that will be entitled “La cara desordenada de la esperanza (The messy face of hope)”. She has been living since 201 in the United States and has been a journalist in New York City.

She is a senior psychology and communication science at Queens College-CUNY (City University of New York). He has dabbled in journalism in the genre of the chronicle. Some of his articles have been published in of the city (newspaper journalism faculty of the University of Antioquia, Medellin), on the portal: Digital New York, Queenslatino.com and United Press International.  : Nueva York Digital, Queenslatino.com y United Press International. Her poems were chosen for publication in the newspaper cultural neighborhood “Vecindad”. She lives in New York since 201.