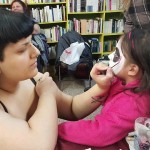 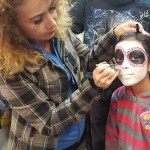 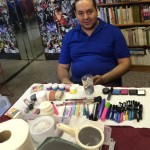 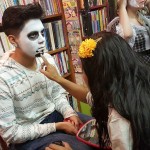 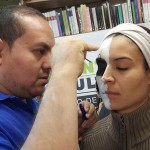 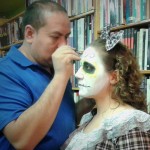 Centro Cultural Barco de Papel celebrated the “Day of the Dead” this past October 30 in collaboration with the group “Catrinas in Motion” and Jose Daniel Martinez also known as  “Clown Rexorzs” with the event  “Catrina Makeup Workshop” directed by Jose Daniel Martinez. Young and old attended the event where Martinez and his assistants taught makeover and makeup tricks to the participants who assisted to this Mexican tradition. Photos en our Facebook page.
“Clown Rexorzs” is a fictional character created and performed by José Daniel Martinez (Tlaxcala, Mexico). Martinez has achieved recognition among the Hispanic community in New York City through his career bringing joy and entertainment to homes and institutions. Martinez, who lives in New York, has incorporated other skills within their professional repertoire as acting, makeup without a mirror and juggling. Currently he runs a workshop in “Movimiento Inmigrante Internacional de Riso Terapia (International Immigrant Movement or Laugh Therapy”. Since 2012 he manages its own channel on Youtube making tutorial of videos of balloon twisting. 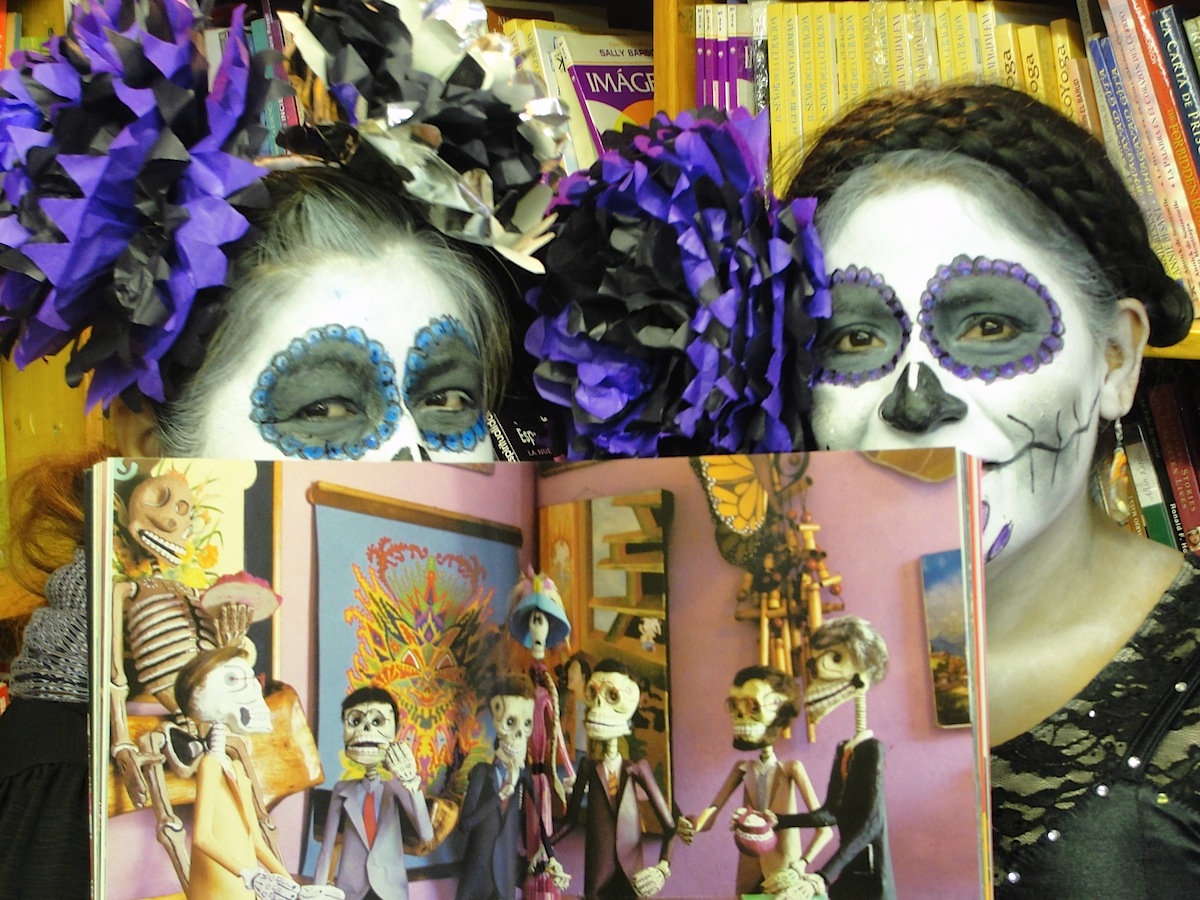 “Las Catrinas en Movimiento”. is a group of Latin American women residing in the borough of Queens in New York City; its members promote cultural traditions, art and health through exercise and commitment to their community.

The image of Catrina is becoming a Mexican quintessential image about death, it is increasingly common to see embodied as part of Day of the Dead celebrations throughout the whole country, it  has even crossed the two-dimensional image and has become a source for creating crafts, either clay or other materials, which depending on the region may vary slightly in their clothing and even its famous hat.

It was the Mexican artist Diego Rivera that set the fashion trend with his signature outfit, which included a feather stole, when he painted it in his mural :Dream of a Sunday Afternoon” in Alameda Park in Mexico City, where the skull appears as a companion to its creator, Jose Guadalupe Posada. It was the Muralist who called it “Catrina”, the name that was later popularized, thereby making it a character in the culture of Mexico.