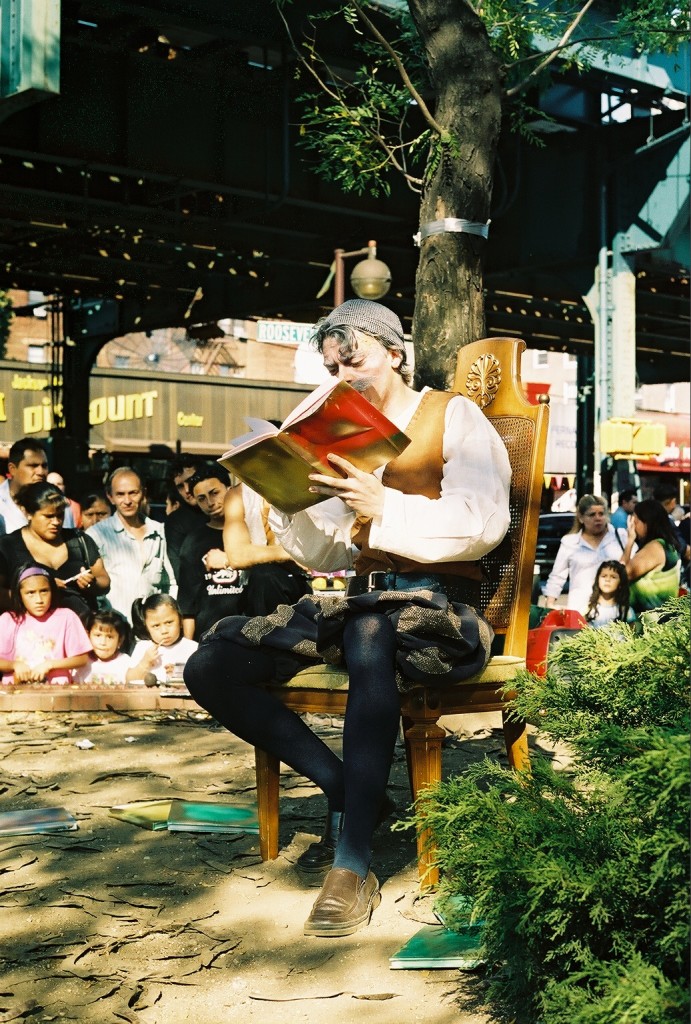 With the purpose that the younger get familiarized with the most important novel of the Spanish language, the masterpiece of Miguel de Cervantes Saavedra, Don Quixote, Barco de Papel celebrated the centenary of its publication with an itinerant theater that brought to New York the adventures of the most famous knight.
in one of the busiest points on Sunday by Spanish speakers in New York, the corner of Roosevelt Avenue and 83rd Street in front of El Meson de Asturias, a traditional but now defunct Spanish restaurant of the neighborhood, children and adults were able to enjoy an evening of humor and fantasy by Sancho Panza and don Quixote while they get a touch of one of the greatest literary works of all time.
A truly unique event in the city grouped the participants in the strategic place to develop the work in three stages, the first in the Manuel de Dios Unanue park in the street 83 Avenue Roosevelt, second in front of the restaurant Meson de Asturias, just steps from the park, where Don Quixote was armed knight and then continued his series of adventures along Roosevelt Avenue until reaching 80th Street in front of the Library Barco de Papel where he fought with giant imaginary to the astonishment of Sancho.
The play was directed by Lee Lobenhofer, professor of drama at La Guardia High School, with the performance of their students: Devin Adams, Adam Levine Perez, Michelle Robles. Mariana Rumack-Fredko, Veronica Castillo, Marta Vasquez, Diego Tobon and Jorge Arias, The teacher of theater at Newton High School, Eduardo Medrano and his students also participated. Jorge Paredes and Rosa Hug designed the set. The costumes by JaneD Oliveros and Gloria Flood, the production and organization by Paula Ortiz and Ramon Caraballo. 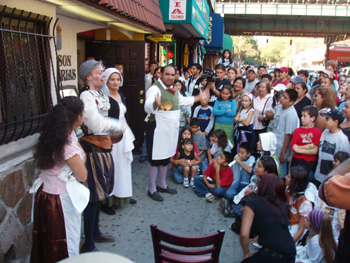 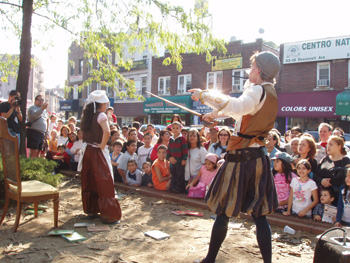 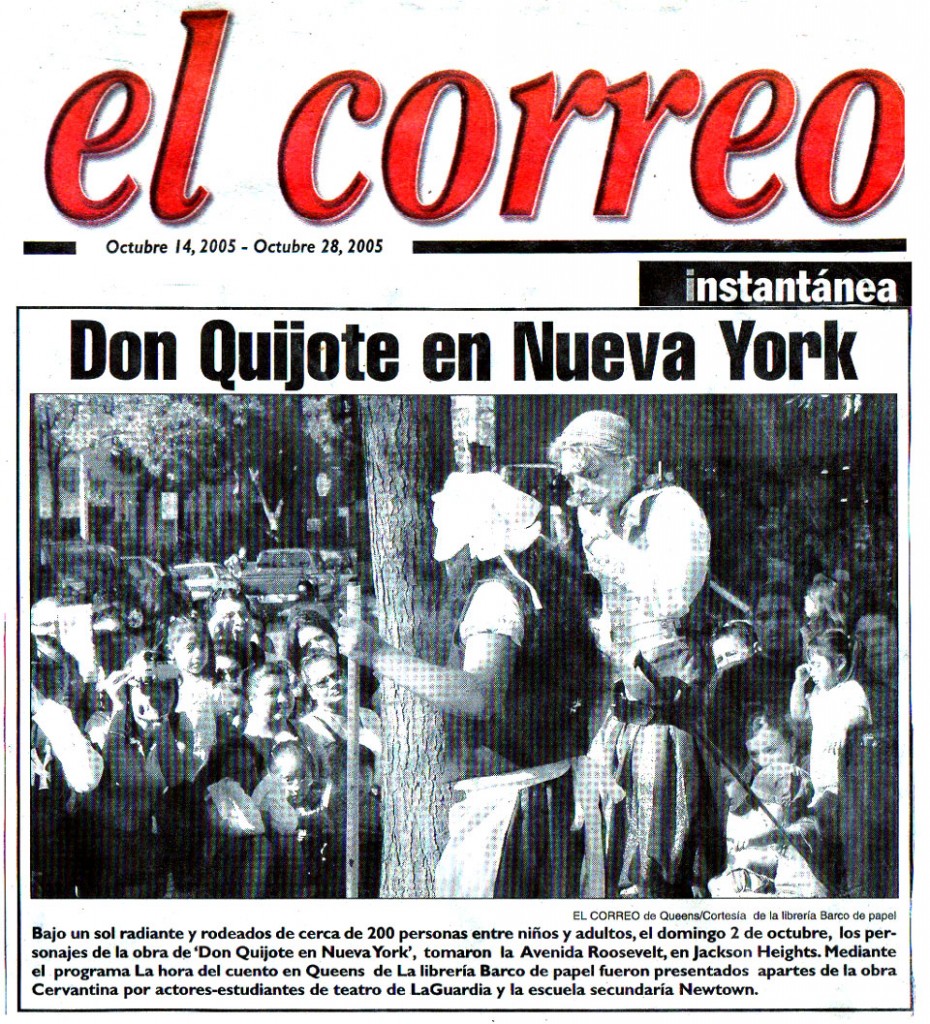