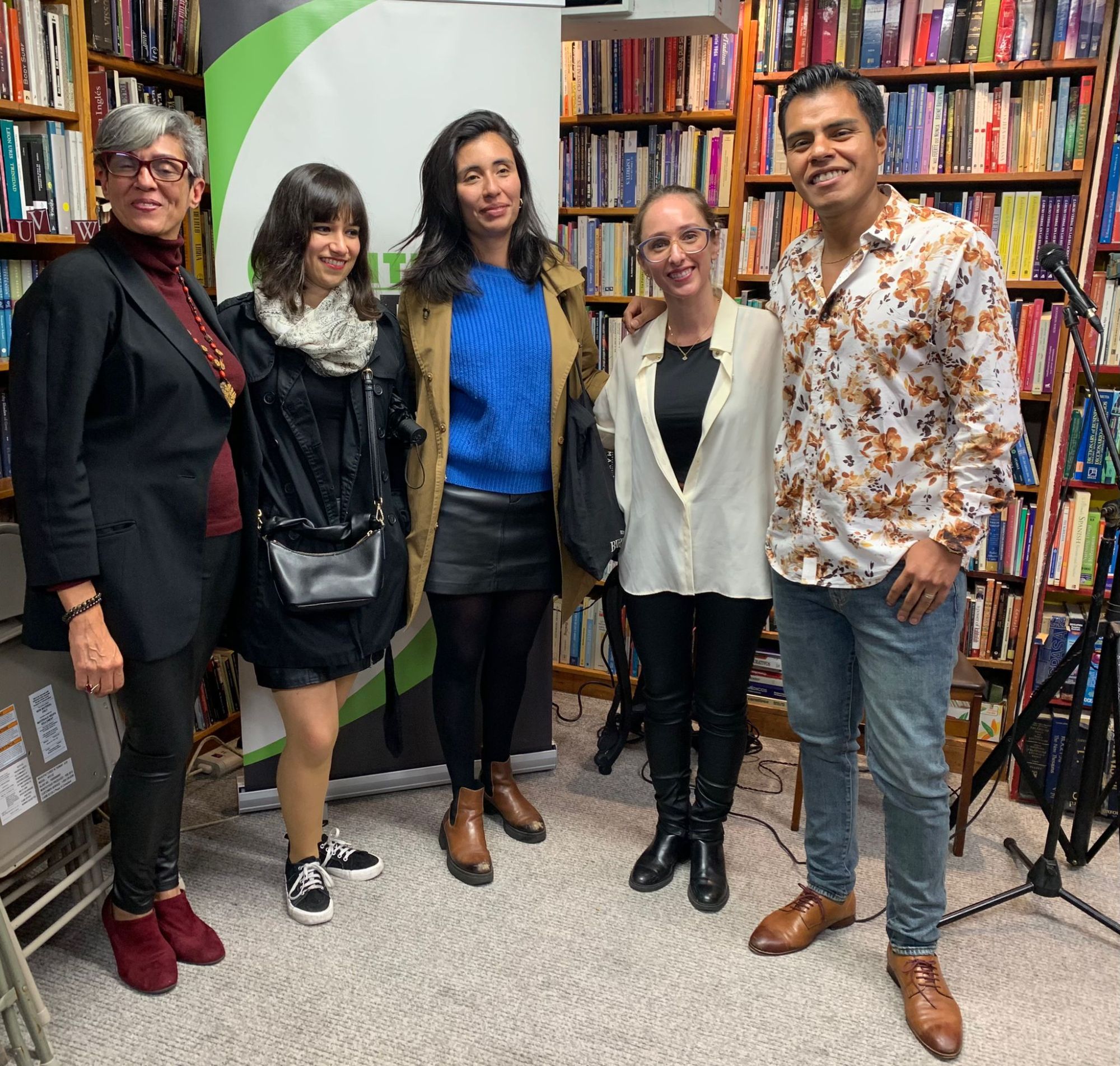 Reading session with Latin American writers based in New York City, organized by the En Construcción project.
On this occasion, the work of four authors was presented: Pierina Pighi Bel (Peru), Eliana Hernández Pachón (Colombia), Andrea Velasco (Chile) and Zaida Corniel (Dominican Republic), who read an unfinished or still-in-progress piece. These writers contribute to the critical conversation with their audience, while inviting us to imagine a future for our literature in our city. 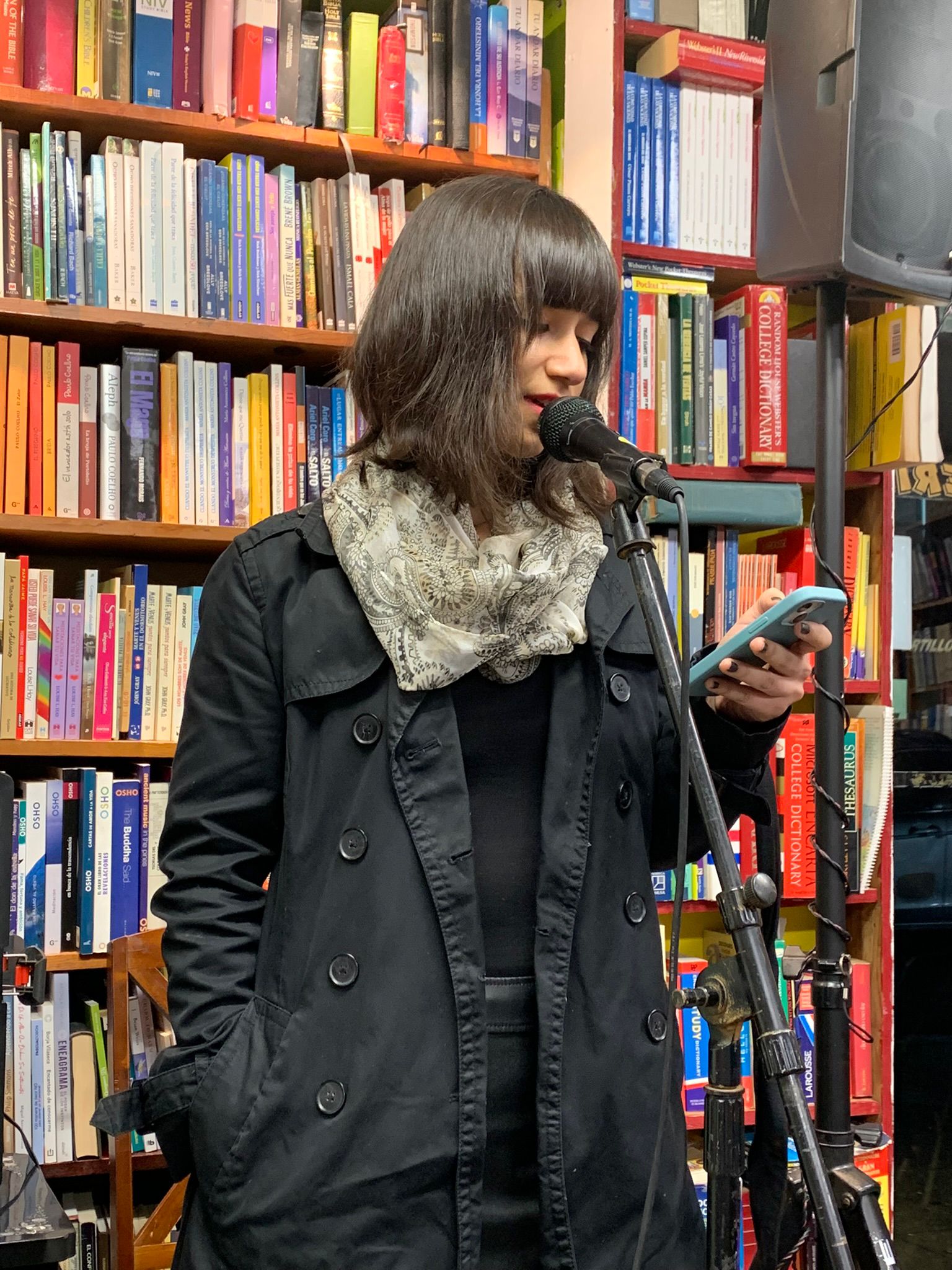 Pierina Pighi Bel is from Perú. She studied Communication and has worked as a journalist since 2012 for outlets like El Comercio, Lima, and the BBC Spanish Service in its Miami office for more than five years. One of her stories was included in an anthology about boredom called “Hastío” and published in Peru. She is currently studying for an MFA in Creative Writing in Spanish at New York University (NYU), and she is preparing a book of short stories and a collection of poems. 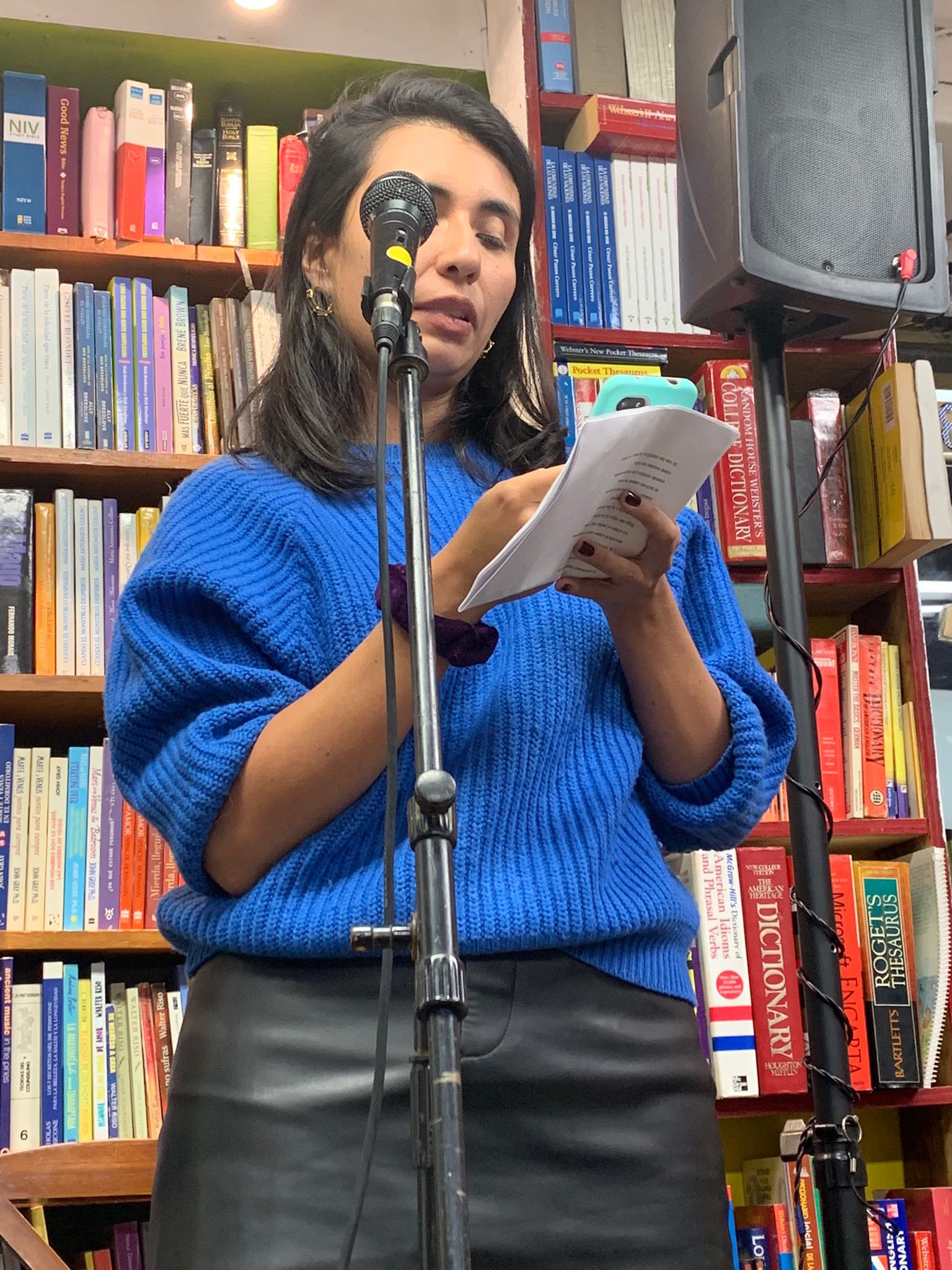 Eliana Hernández was born in Bogotá in 1989 and lives in NYC. Her first book La mata was published in Colombia by Laguna Libros/Cardumen (2020), where it won the National Award of Poetry. Her poems have been published in several anthologies and magazines, including El Malpensante (Colombia), El periódico de poesía (Mexico), Berlin Quarterly (Germany), Firmament (USA) and in Como la flor: Antología de poesía colombiana cuir contemporánea (Planeta Libros, 2021). She has an MFA in Creative Writing in Spanish from New York University and a PhD in Romance Studies from Cornell University. 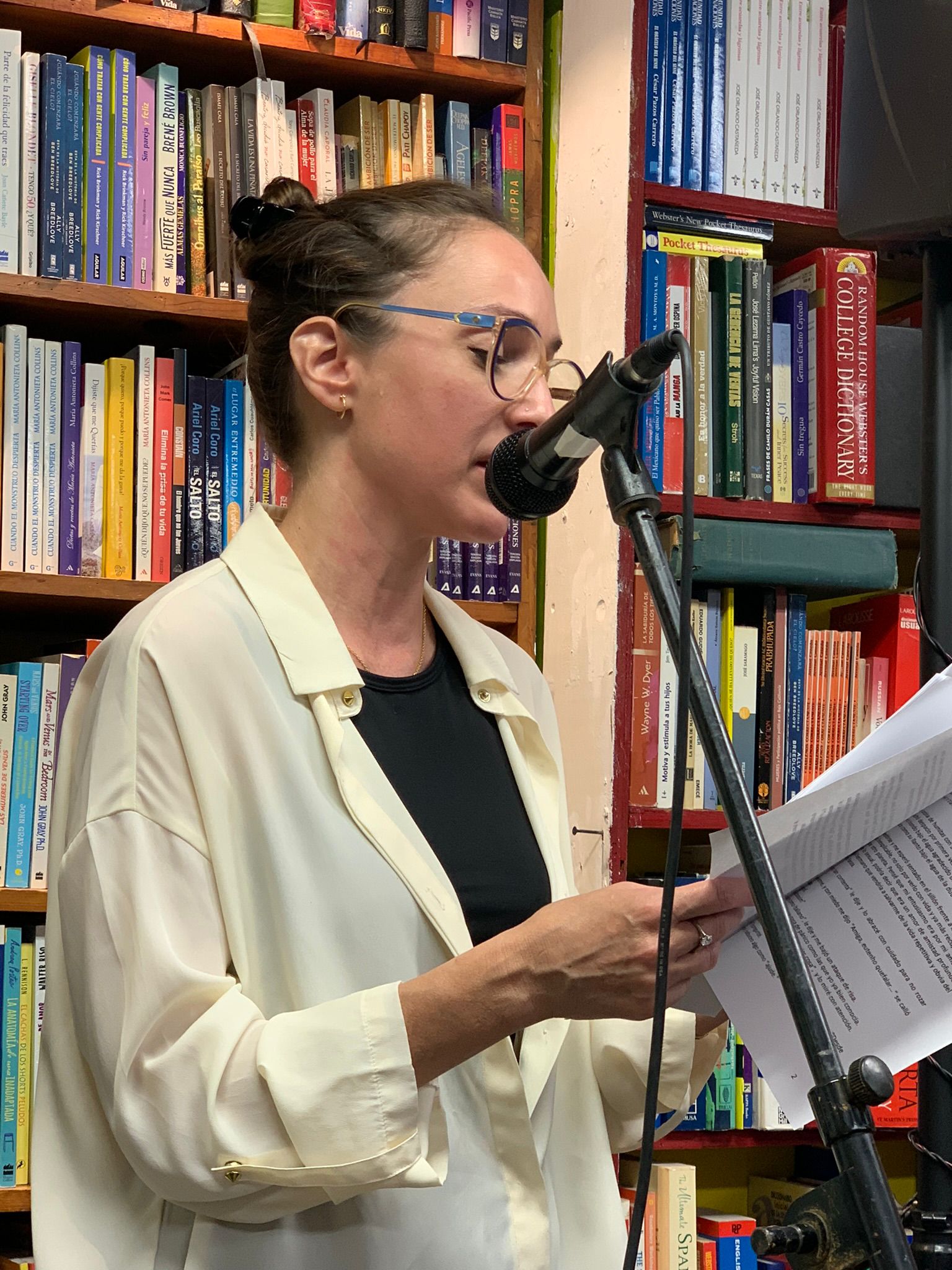 Chilean actress, director, writer and singer, BA in Theater. She stands out for her performance for more than 10 years in TV productions in Chile. In cinema for her role in the Que Pena trilogy on Netflix, the short film Desde el Principio on HBO and in music for her album Piñata.

2018 debuts in the NY theater in Verano Verano by Myrna Casas, directed by Jorge Merced, IATI Theater (best actress at ATI Awards 2019). For her role in the short film Desde el Principio (From the top) by Miguel Soliman HBO, she won best actress at the Rahway Film Festival, LA Diversity Film Festival and New York Latino Film Festival 2018. For her subsequent performances in theater she is recognized at ACE, HOLA, LATA and ATI awards 2019, 2020, 2021 and 2022.

As a Playwright, her work Crucidrama 2003 won the IV Festival of Brief Dramaturgy, Chile. El Sobre Azul 2008 won an honorable mention in the XIII Chilean National Dramaturgy Contest and Showcase, El ultimo show 2020 was finalist in the XIX Chilean National Dramaturgy Contest and Showcase.
In 2018 he published her first poetry book Dormancia by Mago Editores, which was later launched in Mexico by Librería del Ermitaño and at Berl’s Poetry Bookstore in Brooklyn, New York.

Andrea currently plays the leading role in Eva Luna, the new theatrical adaptation of Isabel Allende’s book, by Teatro Repertorio Español NYC. Is preparing her second musical album, and working on a storybook. 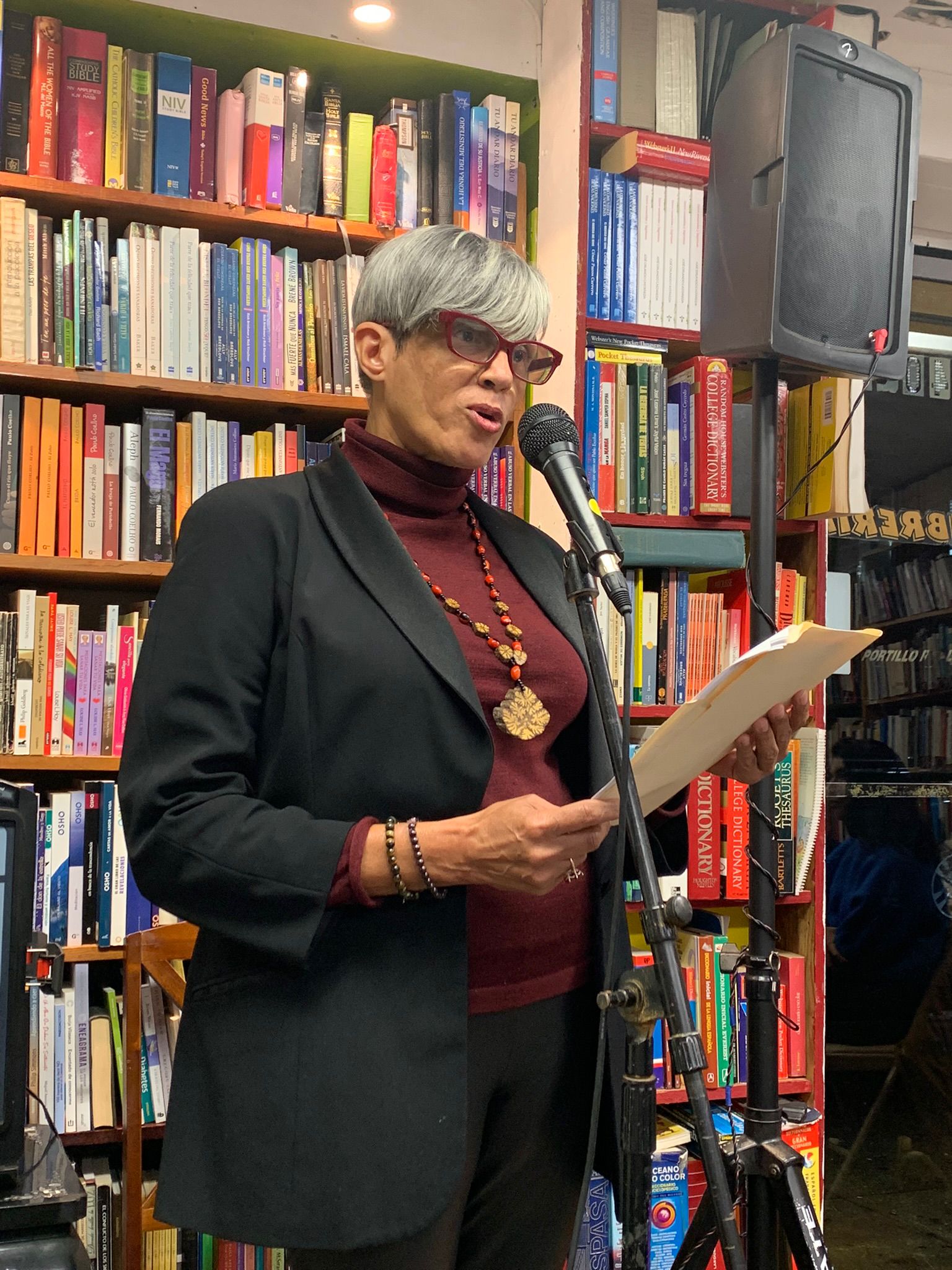 Author of the short story collection Para adolescentes, premenopáusicas y especialistas de la salud. Actor, a Lecturer of Spanish and Caribbean Literature and its diaspora at Stony Brook University. She has worked as a cultural editor and published extensively in various Dominican magazines and newspapers. Her work has been included in the journals Estudios Sociales, Guaraguao, Caudal, Vetas, and on Hanging Out, Bilingual Publication of Essays and Creative Writing by Caribbean Authors, among others. Two of her plays, De mujeres and Ay Fefa, Where is the Wind?, has been staged in the United States and the Dominican Republic. 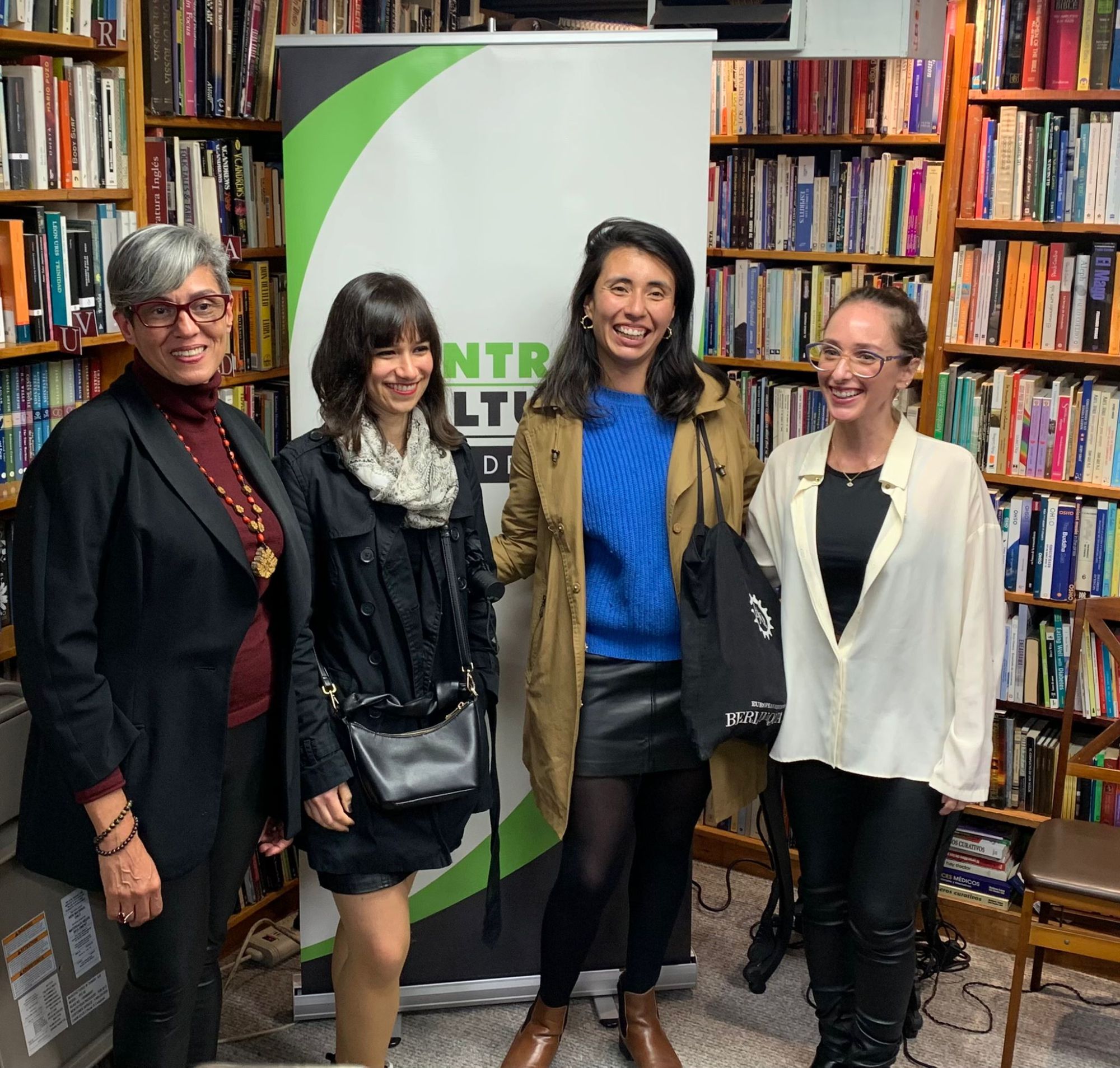 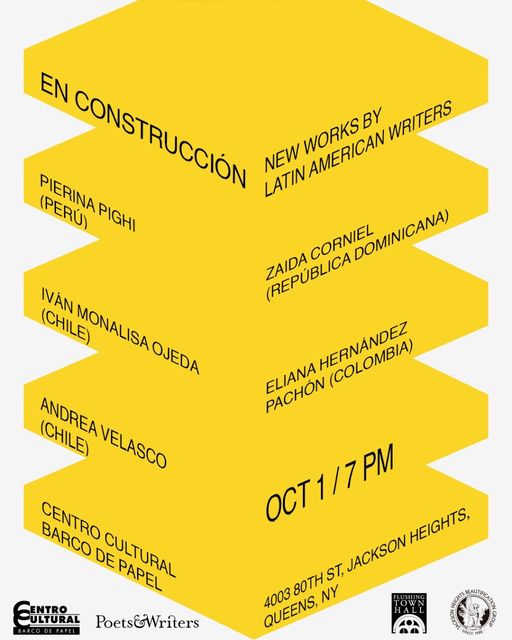