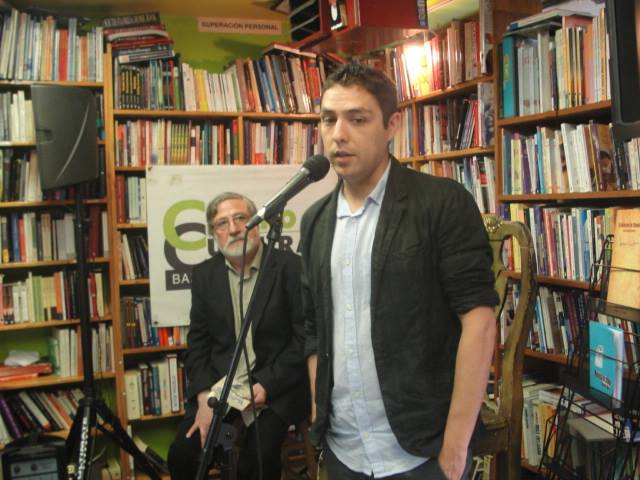 Barco de Papel Cultural Center Paper presented the poets Enrique Giordano of Chile and Diego Mora of Costa Rica, the event was called ‘Two divergent poets’. As its name implies they diverge, but they are linked by many common things like love and the alchemy of nature, commitment and the spell of temptations. They had a poetic dialogue creating an atmosphere appropriate or lovers of poetry. The event also featured musical accompaniment by Argentine guitarist Ruben Isola and it was held on June 12 at 6:30 pm in Barco de Papel Cultural Center. Photos in our Facebook page.
Videos in our Youtube Channel: 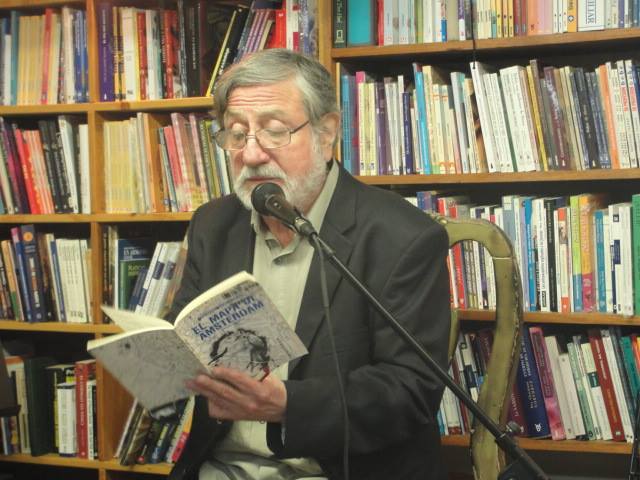 ENRIQUE GIORDANO. Chile, 1946. Poet, playwright, teacher and actor. He began his studies and his theatrical and literary activity in his native Concepcion, Chile. After receiving his title of Professor of Spanish at the University of Concepcion, he went to Philadelphia, USA, where he obtained his doctorate in literature at the University of Pennsylvania in 1978. He lived for eleven years in New York, teaching at Barnard College and Columbia University. In that city he studied drama at HB Studio and the Actors Movement Studio, participating as an actor, director and playwright in Hispanic theaters. He also participated in many literary workshops, both as a poet and playwright. In 1981 he received the ACE Award for Best New York Latino actor for his performance in Pasajes de Don Qujote.

He resides in Ohio, and he’s a professor at the University of Cincinnati. His book of poems ‘El mapa de Amsterdam’ The map of Amsterdam (1985), was republished by ˆCuarto Propio’ in 2005. Apart from academic publications, Enrique has written twelve plays, five of which have been represented in Chile and the United States, they were published in 2011 by Maitén 3, San Juan, Puerto Rico, under the title “El último pétalo de la Flor de Fango y otras obras’ (The last petal of Flor de Fango and other works)”. Currently, he is dedicated to cinema and acted in leading roles in Crocodile (based on the story of Felisberto Hernández – USA, 2001) and Viajes (Bogota, Colombia, 2004). His most recent book of poetry is “El silencio de Claudio (Claudio’s silence)” published in Chile in April 2015 by “Cuarto Propio” Editors. He writes regularly on his blog http://giordae.blogspot.com/ 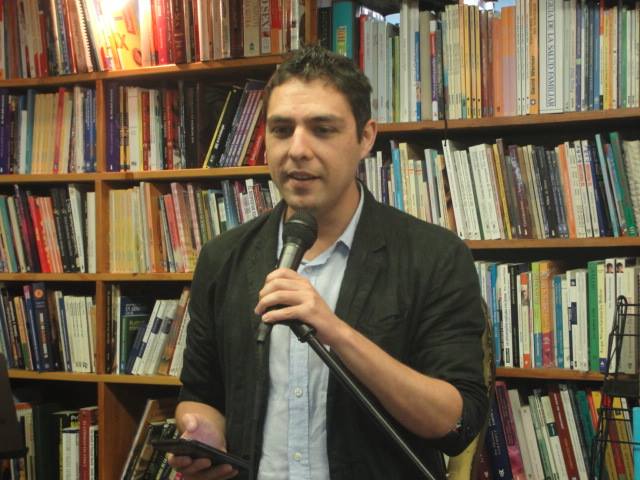 He has organized, directed and taught in workshops of creative writing in Costa Rica from 2004- to 2006 , including one at the Costa Ricas’s Cocori prision.  He also co-directed the Interactive Workshop Creative Writing Assessment and the Costa Rican Center of Science and Culture in 2006. He presented in conjunction with LBP the theatrical poetry show “La ciudad entre nosotros (The City between us)’  in various venues of Costa Rica during 2006. In 2008 he appeared at the Spanish Cultural Center with the show of theatrical poetry “El Gueco“.

He made artisan produced books (cartoneros) workshops in different colleges and universities in United States during 2012 and in 2013 in Ecuador. He was editor of La Llorona Cartonera and Arenas Blancas Magazine of the New Mexico State University, United States. He is the founder and editor of Cartonera Tuanis, Tetracartonera and Maripepa Cartonera. During 2013 he was professor of literature and a researcher at the Pontificia Universidad Catolica del Ecuador.

He published “Mono a Cuadros (Checked Mono)” (booklet of poetry, Editorial Arboleda, San José, 2006), “Totem Suburbano (Suburban Totem)” (with graphical displays of Felo Garcia, Editorial Andromeda, San José, 2006), “Tropical Station” (Editorial Catafixia, Guatemala , 2010), and educational academic book (Berlin, Spanish Academic Publishing, 2011), “The waitresses at Park Avenue Café” (Mexico City, Editorial (H)ondaNómada, 2013), “Peter Pan 220” (Editorial Jaguar, Ecuador, 2014) and “Carbon monoxide” (Hanan Harawi Editores, Lima, 2015). He had appeared in diverse poetry anthologies and participated in international poetry events and was awarded in Barcelona (2007) and won the  first Poetry Slam 2014 in Costa Rica.
In narrative he published “Facebookatura” (ebook, Amazon, 2012) and he has an unpublished novel “The moon is not a pop song.” His works can be found scattered around the walls with the tag œ “. He express his feelings on:  http://luisdiegmora.wix.com/orgasmoeterno