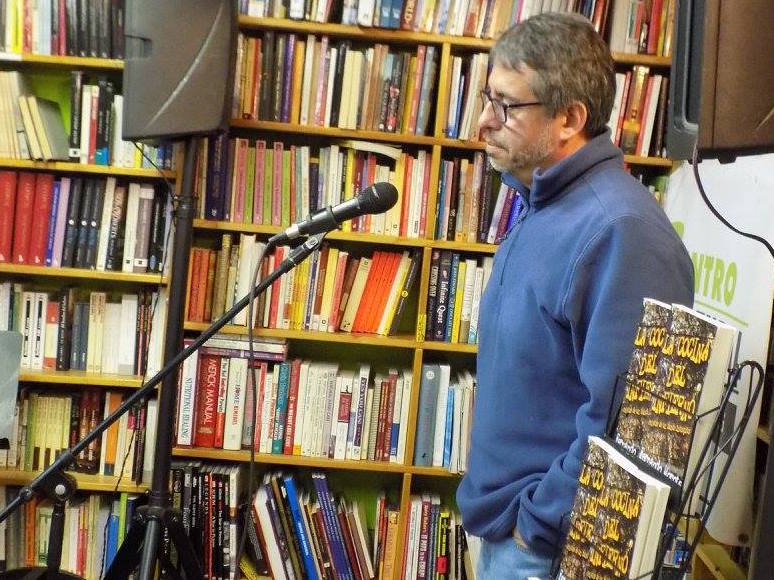 “Centro Cultural Barco de Papel” presented on April 9, 2016 the latest literary production by Peruvian author Fernando Morote, titled, “La Cocina del Infierno (Hell’s kitchen).
The book took its name from a New York neighborhood where poor immigrants in the past lived in a harsh environment that led many to  delinquency; but instead of setting the book in that age or environment, the name is used here as a parable. The book is composed in three sections  apparently disjointed, each one written in an individual tone and rhythm. The first one “Los ingobernables” (The irrepressible) is written in first person and structured in brief chapters, looking to develop a rabid and agile dynamic. It describes the life of a group of youngsters rascals from Pompeya, a middle class neighborhood in Lima, Peru. “Truants by vocation”, their experience growing up in a society without hope and exacerbated by inept rulers led them to look for ways to scape reality. “La Cocina del Infierno” written in second person, is a story of immigration and auto exile, a dark, claustrophobic and painful experience, where the american dream burst into the reader eyes. Direct stinging phrases are used to create sensation of a machine gun wreaking its target. The author explained his intention to honor Jackson Pollock’s dripping technique with this writing style. “Comando Meón”, the third story, is written in third person and divided in three sections. The protagonists are four of the “ingobernables’ after a couple of decades, two of them recently returned to Lima, after living in United States, other had returned many years before, after a period of wandering around many places. The last one never left. They meet again in Pompeya, and decided to undertake a project that allows them to amend mistakes of the past and correct others in their peculiar way.
Hell’s Kitchen delivers the reader the possibility to situate themselves in different settings. Exiled from the distance and from oneself, the author zeroes in on the issue of voluntary exile – its causes, rigors and consequences.