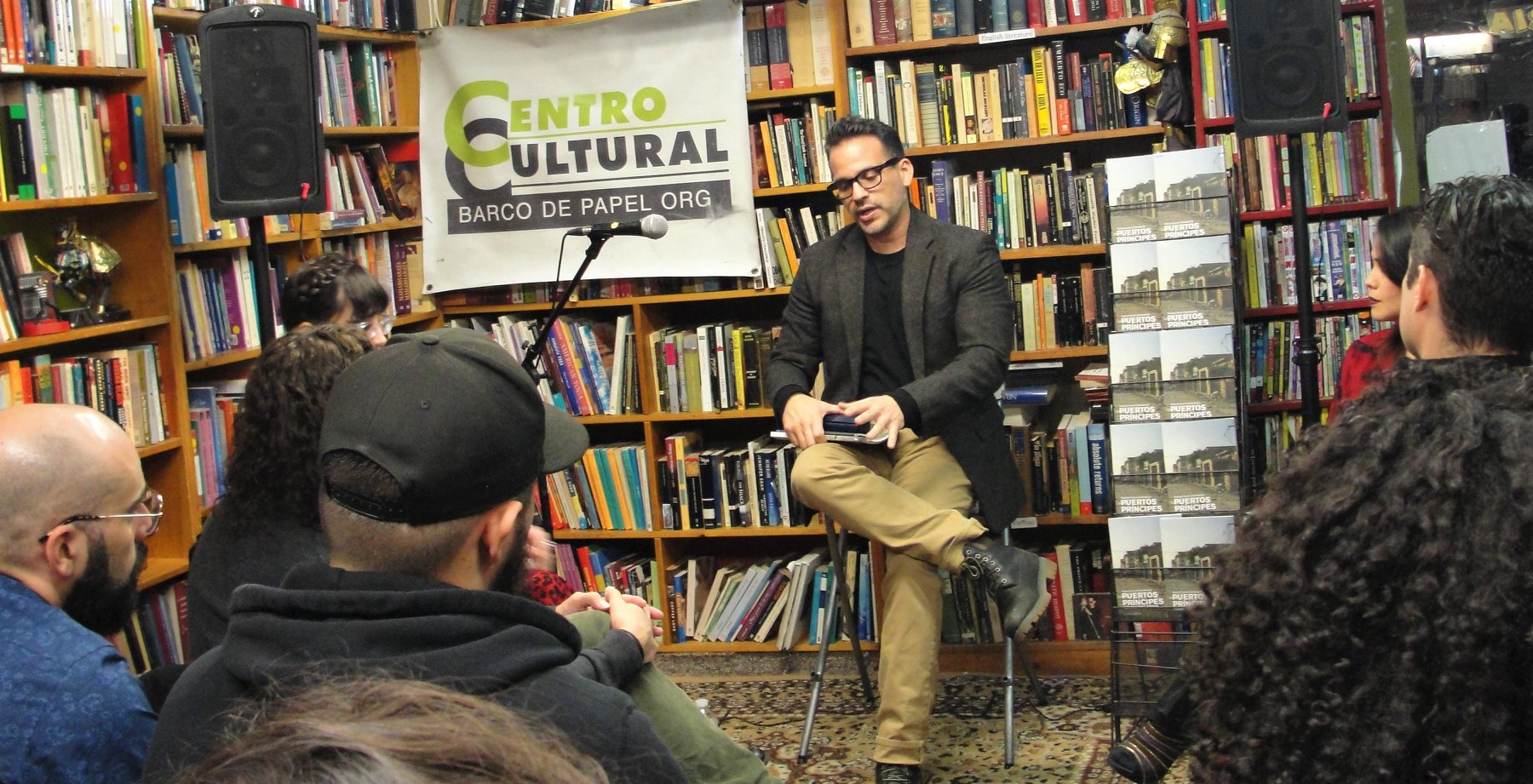 The author analyzed the challenges Haiti and Puerto Rico faced after natural tragedies. The first experienced an earthquake 10 years ago and the second the devastating Hurricane Maria. In the writer’s words “to see Haiti you have to put your fingers in the sores and to see Puerto Rico you have to see it crying. Puertos príncipes temblemos todos was published by the La Cifra publishing house in Mexico.

Guided by a self-reflective reluctance and ethical respect for the people of Haiti, the author makes us intuit and tremble with other Haitis, other “prince ports”, other migratory cities that the resistant Haitian artistic imagination has been forging from the failure of local and international social systems. The same vision can be applied to the Puerto Rican situation with Hurricane Maria, and which is undoubtedly more complicated by the recent earthquakes that occurred.

Puertos príncipes: temblemos todos is a chronicle based on assignments and photographs by Robles Carrasquillo during his time as a correspondent in Haiti for several media in January and March 2010. The first part summarizes initial reports of the earthquake, research on the border with the Dominican Republic, and the effect of international intervention on Haitian economy. In the second part, Robles reports on refugee camps and gender abuse; he also narrates the Good Friday procession along Champs de Mars. Lastly, he writes about his journey with the contemporary dance company Ayikodans to the Destination Aquin Festival in the southern town of Aquin. Throughout the text, the reporter explores the influence of international bodies and humanitarian organizations in Haiti through the decades as well as discrimination against Haitians in Puerto Rico and the Dominican Republic, and ends with a summary of the state of Haiti five years after the earthquake.

“Photojournalism in the best sense of the word: engaged, personal, and honest. In a steadfast rejection of the hysterics that mar so much reporting about Haiti, Robles’ stories and photographs document a culture where a neighboring people struggle to survive and find ways to express themselves in conditions quite familiar to anybody who lives in the global south. ”
— Sibylle Fischer – NYU, author of Modernity Disavowed: Haiti and the Cultures of Slavery in the Age of Revolution”

Huáscar Robles writes and makes art about technology and culture.

He has published with The New York Times, Chicago Tribune’s Hoy, Metro San Juan and other publications in United States, Puerto Rico and Brazil. He was a correspondent in Haití and  published Puertos príncipes: temblemos todos, a journal and photo book on Haiti after the earthquake. He is currently an Op-Ed contributor to Puerto Rico’s El Nuevo Día.

The Country Under My Skin, Los silencios de Santurce, Portraits of Marassa, are some of his photo and multimedia performances in the U.S. and Puerto Rico as well as the documentary The Invisible Coast, on Haitian merchants’ struggle on Puerto Rico’s Loíza town.

He has participated with The Dart Center’s Ochberg Fellowship (2009), Center for Justice and Journalism’s Urban Fellowship (2009), AS220’s Artist in Residence, and Brunetto’s School cultural exchange in Brazil (2006). His collection Country Under My Skin as acquired by Rhode Island’s Historical Society’s Permanent Gallery.  Robles has an M.F.A. from New York University. 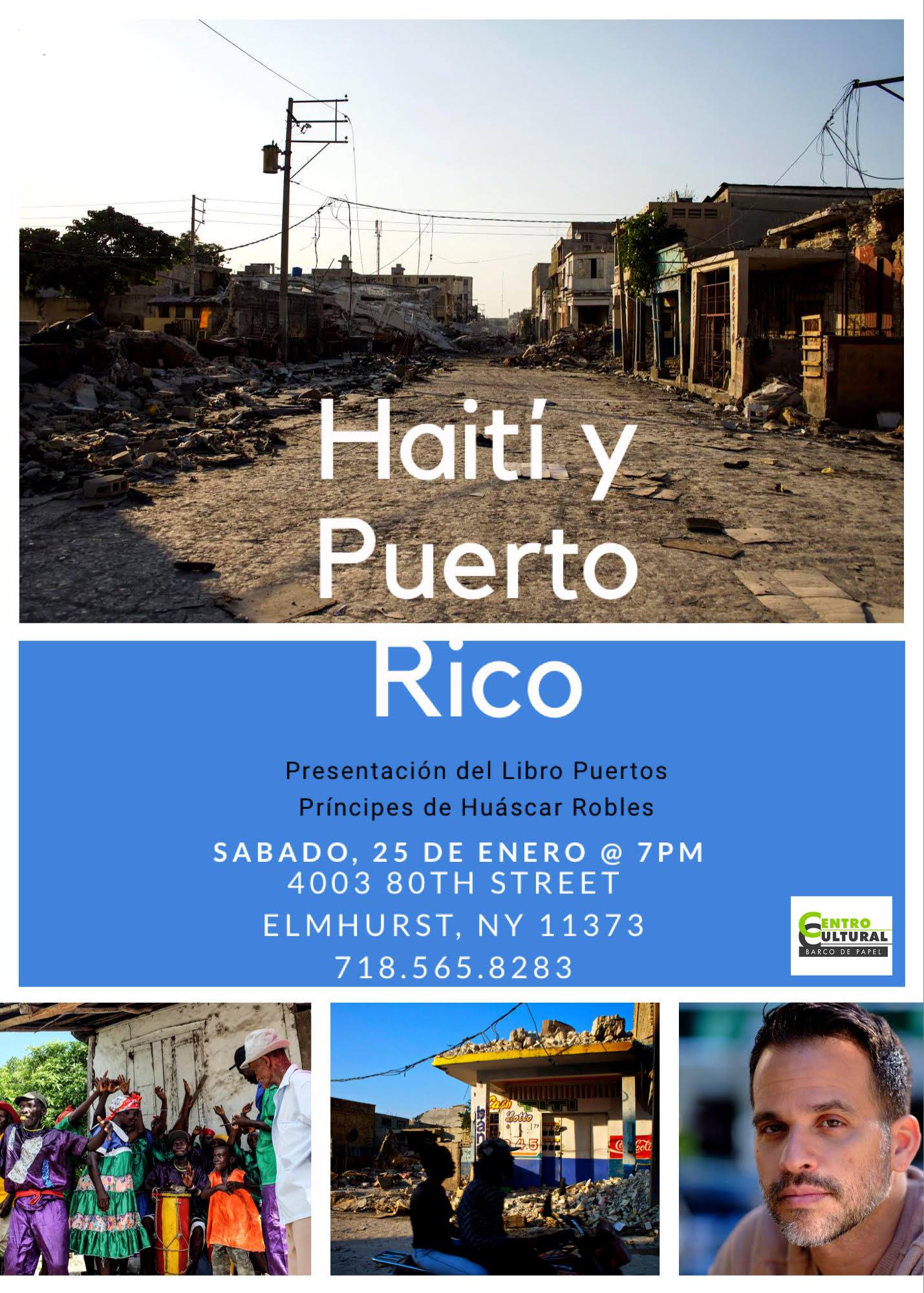