In a standing room only event, Centro Cultural Barco de Papel hosted an overwhelming show of support for the launching of a promising young poet’s first collection of poems. The evening was an intense whirlwind of piercing words of Marielis Acevedo Irizarry’s experiences in Puerto Rico and New York, interspersed with the soothing music of her guest, Ivette Lopez, musician.

The exceptional compatibility and energy of these two artists was electric on this lyrical night, two women with the same dramatic force, free spirit, feelings and emotions that overflow in a river of words and songs, a memorable night that highlighted the work of our organization. Poems carefully selected in a poetic crescendo where the author gave us an excellent vision of what a reader can expect from her book. Her experiences with love, her little island hometown, adoration for her mother and even an unpublished work about Syrian children were part of this presentation.

Edited under the tutelage of Puerto Rican poet, Mairym Cruz Bernal, Marielis’ first book, “La cara desordenada de la esperanza” is a culmination of works where no detail is left to question. Mairym traveled from Puerto Rico to accompany her pupil and friend. Mairym opened and closed the evening by reading some of Marielis’ works. Marielis felt that incorporating other readers into her evening supported the journey she has traversed on. Marielis chose to include persons to read who had influenced her work, Mairym, her brother Frank, and fellow poet, Diego Rivelino, who mentored her for her presentation.

Find photos or the event in our Facebook page 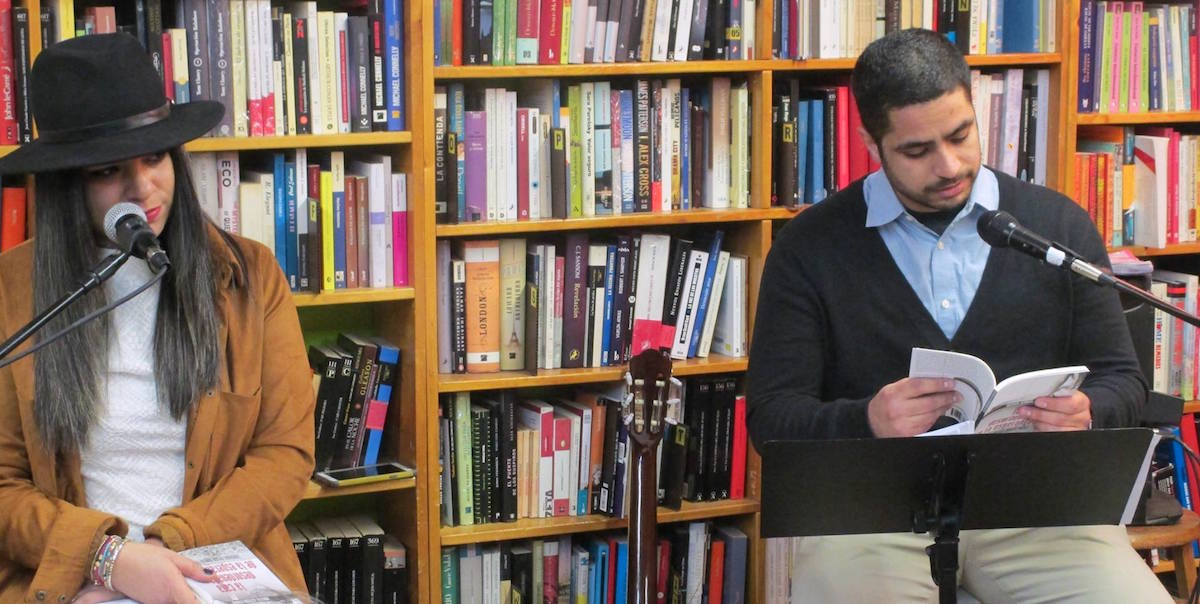 About the poetry collection 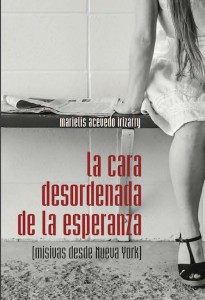 ‘Swinging in the sigh of a mouth painted with wine’… that’s the image I retain in my memory when I finished reading this magnificent book written by Marielis Acevedo Irizarry. This poetry swings between two islands, Puerto Rico and Manhattan. A woman slips away from her father’s arms underneath the cherry tree of her childhood, in the attempt to navigate the world on a straight path. This is the voice of a woman who takes on freedom, and from this passionate collection of poems, we have unveiled the gaze of immigrants, seen on the many lost and wandering eyes of those on the train, from her raptured passion for a man who is oblivious to the love she feels for him, that which never comes, but the world has made love with my shadow, as she says.

Few times do I find such an illuminated poetic road. That is the grace of being free, of being a poet.

And so, let it be coined in writing.

“With the game of possessions and laberinths that Marielis assembled, she is a naked insurrection that tattoos herself in the light. Just one word, in the feminine sense, howling at the footprints left by she-wolves when they realize that love is a ritual performed in the middle of the forest. Her poetic prose is constructed as an exquisite permanent metaphor. It takes us to the precipice of a cliff, yearning for freedom.”

“In this first book of poems, Marielis Acevedo Irizarry works with themes and emotions ranging from joy to sadness. The search for love and partnership; the city and its inhabitants do not escape this party of words that form the verses guided by the pen of one who well knows how to place each word. Each word becomes a celebratory concert of life.”