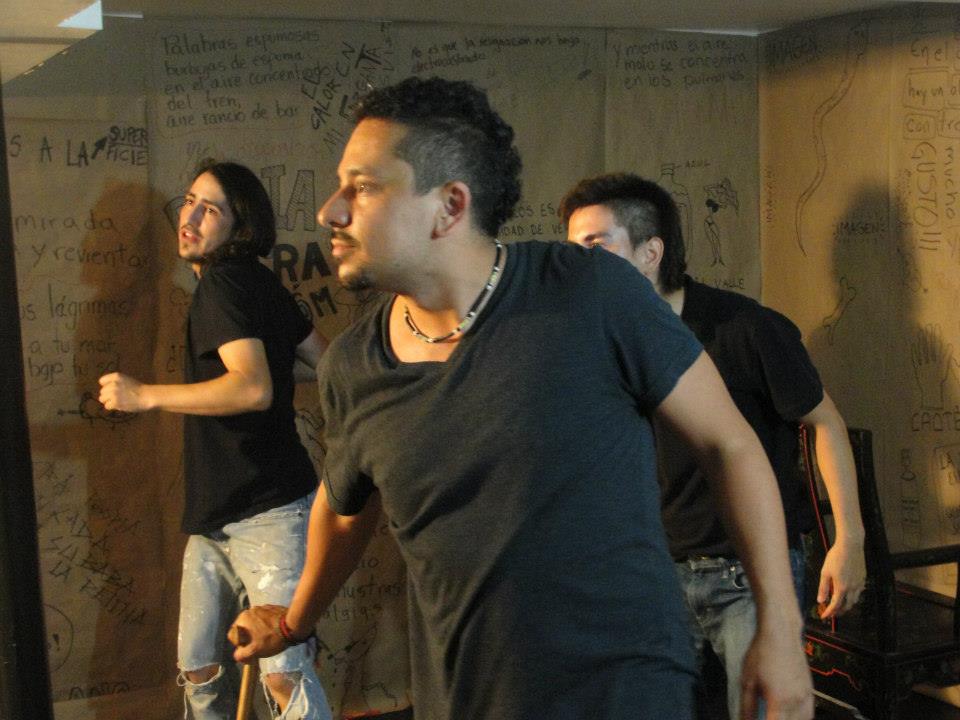 Three poets meet in a  basement in Queens, the space is dirty and disorganized butt allows them to live their own world reflecting about their reality.

The poets said “this tryptic is not recommended for people with satisfied minds or to the sheep that doesn’t want to rescind at least for one night”.

Taken from this perspective, the poetry find another significance as it is seen from the periphery.

With this poetic performance, Nicolas Linares, Diego Rivelino and Christian Cuartas present this production of Colectivo Poetas en Nueva York. A theatrical poetry directed by Pablo Garcia Gamez and written and interpreted by themselves.

“Poetas en el sótano is a project defined by their authors as a poet-performance tryptic. Using a collective creation as a starter point, the authors who also perform, develop texts far from realist conventionalism. Is poetry of movement and gesture in which sign acquires other significances” —  About-com.

The performance ran in Barco de Papel in a series of presentations from August 23 to August 31. It was also presented on October 30 in the Chanin Language Center at the Hunter College.

Presented in About.com and QueensLatino.com,

Colombia. 1977. Poet, writer, graphic designer and percussionist of hard knock. Resident of New York for over twenty years. He was one of the three authors of SINASCO (2007) and published Arte Bestial (Bestial Art) in 2009. He participated in the anthology of LUPI Publishers, Tejedor en Nueva York (Weaver in New York). His graphic work has been published in Hybrid Magazine. Is a member of Colectivo Poetas en Nueva York  and co-founder of the cultural newspaper Vecindad.

Cali, Colombia, 1991. He lives in New York since 2008. He is a poet, political and cultural activist and independent performer. He studies at CUNY. He is also member of Colectivo Poetas en Nueva York and writes for the cultural newspaper Vecindad.

Caracas, Venezuela. He is studying for his doctorate in Hispanic Literature at the Graduate Center, CUNY. His play  Blanco won the first prize in the Asuncion Project Awards of Teatro Pregones (2004) and it was awarded by HOLA and ACE (2006) in New York. It was also published in the National Archive of the Puerto Rican Athenaeum. His play  En barco de papel: Hostos was reviewed in the Enciclopedia del español en los Estados Unidos, 2008 (Spanish Encyclopedia). His plays La dama de Atenea (The Lady of Athena) and El patio (The Courtyard) Se alquila, se vende o se regala  was included in the anthology Se alquila, se vend o se regala published by Campana Editors.

“I was invited by Ramon Caraballo from Barco de Papel in 2013 to be part of a this new project. It is different that my previous involvement with this entity that consisted in play reading for children and theater for teens. Working with this authors and performers presented a new challenge that I gladly took. After a couple of meetings we all agreed in exploring new limits in theater and poetry, and integrate the movement and gesture to the world …”  More In Garcia’s Blog (Spanish) 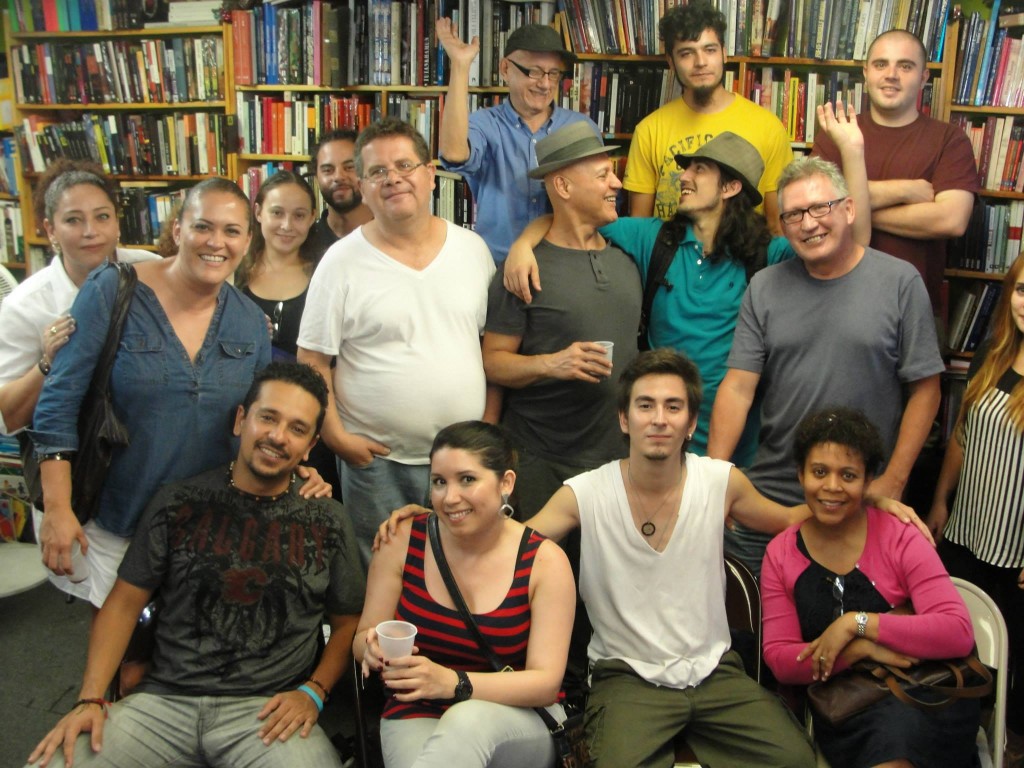 Find photos of the closing presentation in our Facebook page.