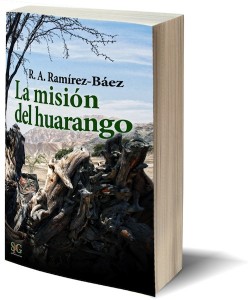 Dominican writer based in New York R. A. Ramirez-Baez presented his recently published novel “La misión del hurango’ The Huarango Mission an “exquisite tale that transforms the improbable on a possible imaginary world with a unique storyline and characters ” -statement  by the publisher.

Can you imagine a world ruled by the trees around you? A tree parliament that decides the fate and take fundamental decisions for the universe? ¿Trees that think, speak, get angry and fight enemies? Ramirez-Baez book is that and more. A world and a story about those beings who are not human but quietly act as if they were, without being aware of it.