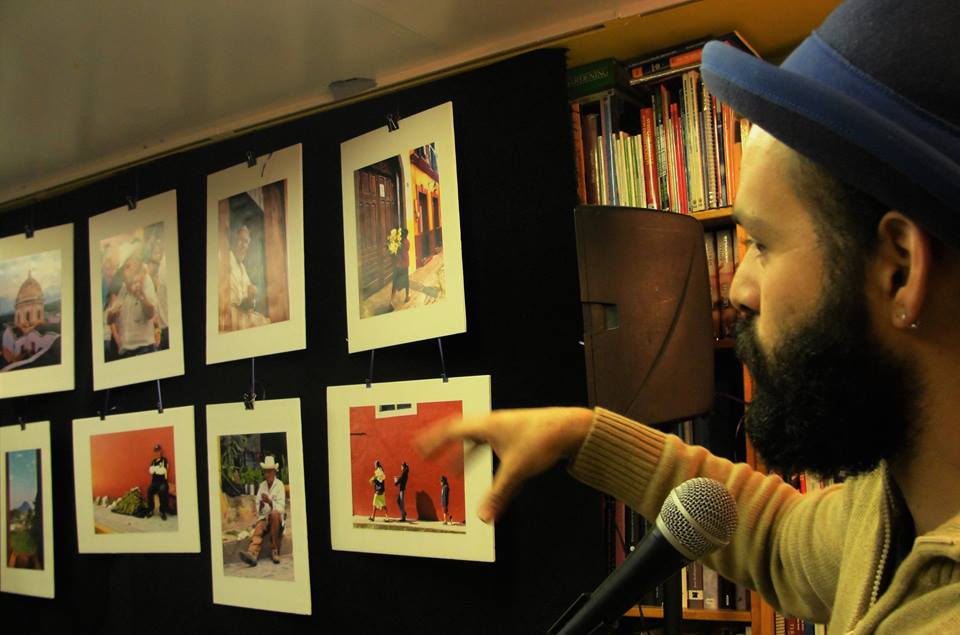 Centro Cultural Barco de Papel showcased a traveling collection of photographs by Alejandro Teutli Morales, titled “Semblance of A Magical Village.” Strolling past each image, you were able to step into the daily traditions and customs of the charming town of Xico. Xico is located in the highland regions of Veracruz, Mexico, which is close to the municipality of Teocelo, captured by the lens of the artist, who is committed to saving the social memory of his town.

Xico (pronounced hee-co) is one of 212 municipalities in Veracruz, Mexico. Its’ name comes from the nahautl language, Xicotl, Xicochimalco – nest of whips. The town is situated in the skirts of Cofre de Perote, in the central region of Veracruz. On December 6, 2011, the Secretary of Tourism of Mexico declared Xico a “Pueblo Magico” or “magic town,” as part of a federal program that recognizes cities and the work that its people have implemented to protect the immense cultural, culinary and artistic treasures that are native to the region. 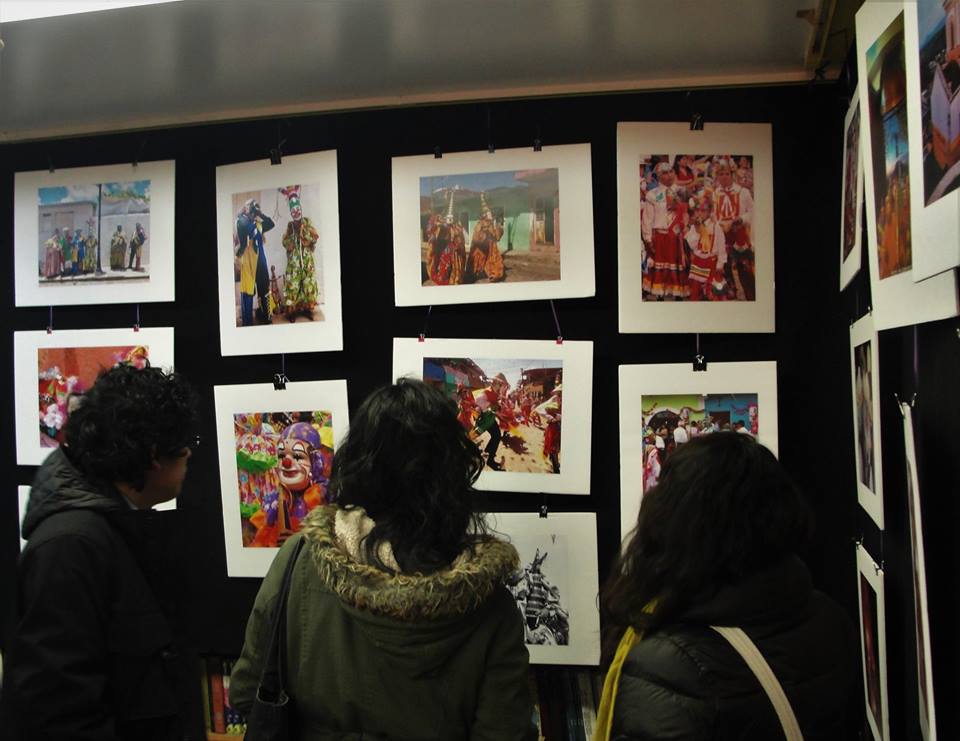 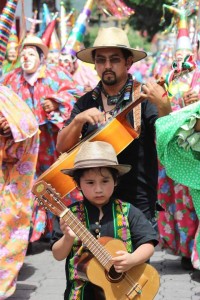 The photographic exhibition started with a video message from the photographer in absentia, as his friend Joaquín López Reséndiz, brought these images to New York City for public viewing. Reséndiz, who is from a nearby town presented in detail the pictures, explaining the history, culture and festivities of Xico, Mexico.

Teutil Morales explained how his photographs are part of a documentary work that serves to provide as historical memory, named “Semblance of A Magical Village,” representing his collective visions. “This socio-historical assortment of images seeks to introduce in a graphic manner a few scenes of this town and its people; you will see depictions of daily life, the countryside, a few cultural manifestations such as the traditional dances, which play an important role in the worldview of the Xiqueño (town residents) and its festivities,” he said in his video message.

“Xico’s cultural heritage is replete with syncretism, which allows for the expression of their religious beliefs and simultaneously maintain a spiritual connection with their Pre-Columbian roots, which is reflected in one of the most important festivals of the state that is dedicated to Saint Mary Magdalene,” said Morales about the colorful pictures of festivities that made most of his work.

The celebration in honor of the patron Saint Mary Magdalene, consisted of endless cultural expressions and rituals throughout the month of July, like the Tocotines dance, which narrates the story of the Spanish conquistador, Hernán Cortez, with the Mexican emperor, Montezuma.

Other pictures featured were the dance of the Santiagos, which is a European dance that originally narrated the battle between the Moors and the Christians albeit the Mexican adaptation combines native cultural elements. Other images included where the dances that are called the Banda Cruzada and Los Payasos come to life. These dances are known for its’ outstanding fun and unique sounds.

The exhibition, presented moments captured in time, where welders, musicians, dancers, amongst many faces … with the hill of Acamallin, which is east of the village to help as a point of geographic reference, help to compose this visual landscape. “With these images, I emphasize the need to share our culture with others and showing pride in our Mexican identity and roots, our rich cultural history, which is tangible and intangible” said Teutli Morales. 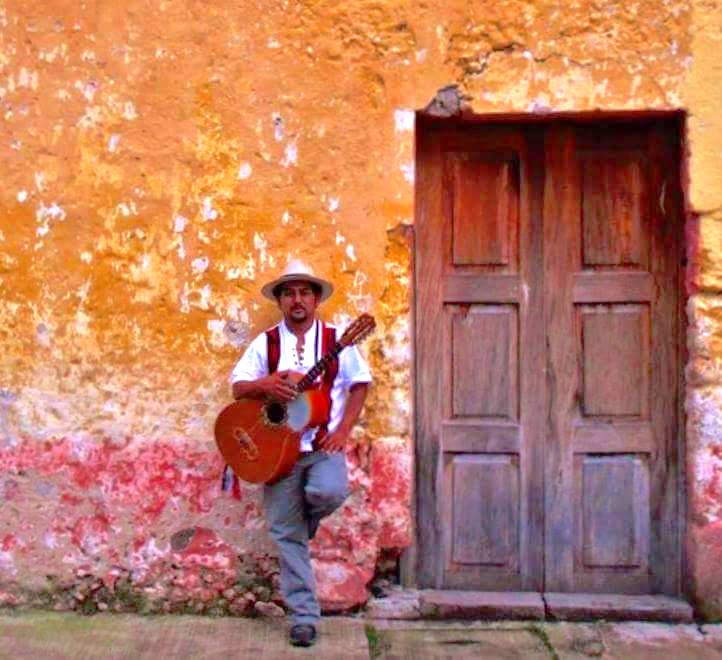 Alejandro Teutli Morales, a native of Xico, is a musician and dancer who is part of the Xiqueña music workshop and member of the folkloric local band “Los Más Penquitos del Barrio,” a group who seeks to preserve and spread the traditional music and dances of their town.

He studied anthropology and pedagogy at the University of Veracruz and performs regularly at cultural events with his dance group “Danza de Payasos de Xicochimalco” and his band “Los Más Penquitos del Barrio.”

Apart from dance and music, his other passion is socio-cultural photography, nourished by the richness of his subjects, landscapes and cultural traditions in his town, of which he is proud to share with you at Centro Cultural Barco de Papel. He is currently producing a music album with his group and selecting material for another exhibition. 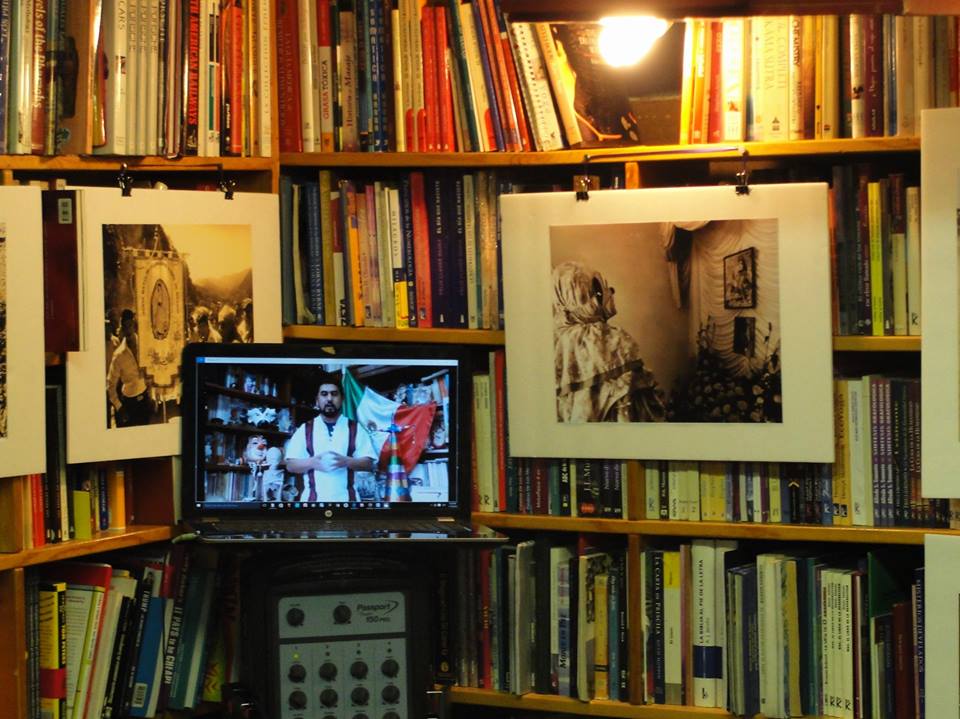