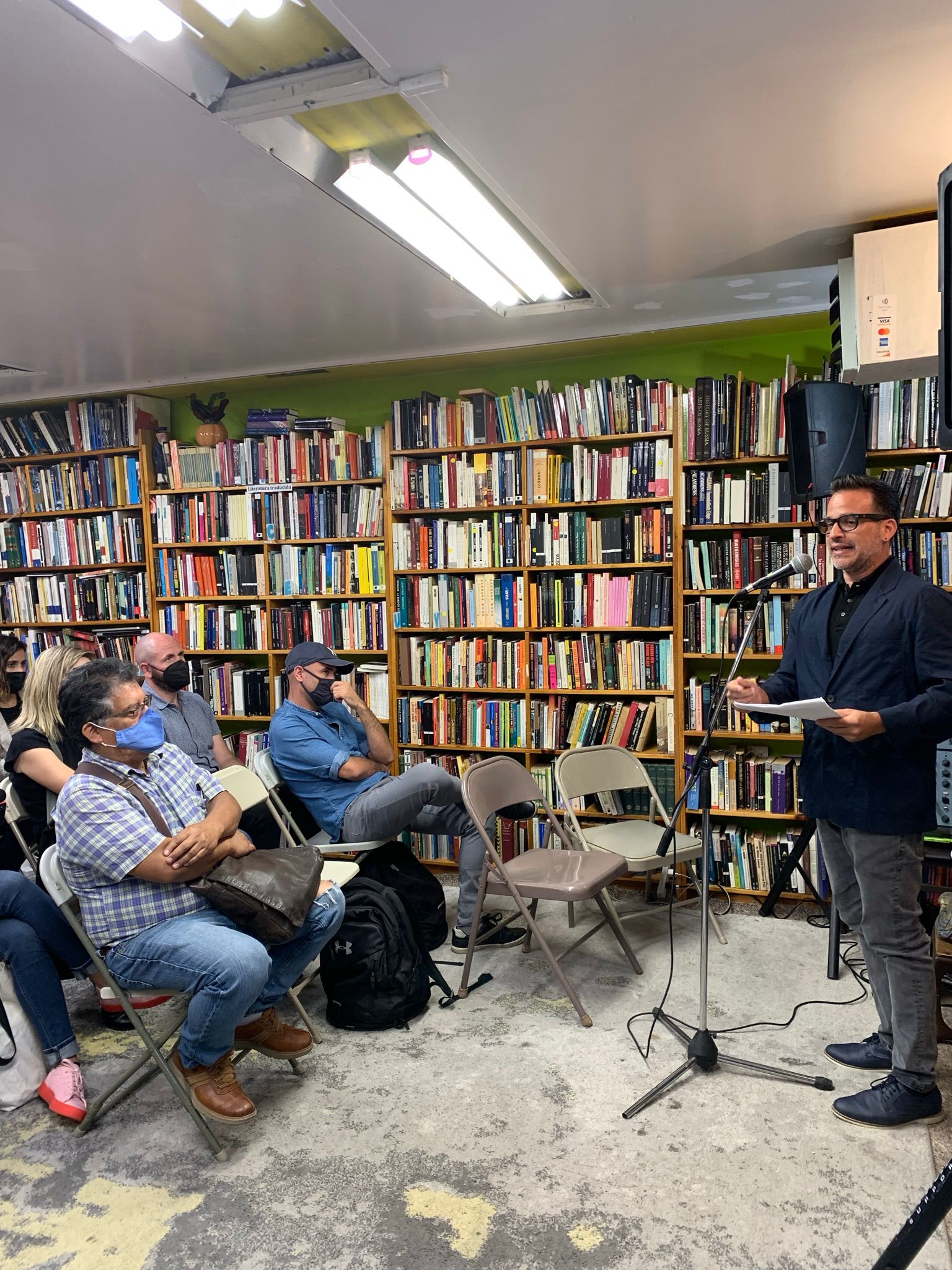 EN CONSTRUCCIÓN: New Works by Latin American Writers is a series of literary readings and workshops that aims to offer a creative and collaborative space for New York-based Latinx and Latin American writers whose primary language is Spanish, Portuguese, Quechua, Creole, etc.

In each of their reading sessions (two per season), four invited writers read an unfinished or not-yet-completed-piece. Writers are also encouraged to share with the audience their creative process behind their work (the genesis of the idea, challenges, concerns, etc.) In this way, writers generate a constructive conversation with attendees.

Rocío Uchofen (Lima, Peru, 1972) is a writer, poet and cultural promoter. She studied linguistics and literature at the Pontificia Universidad Católica del Perú (PUCP) and she is studying a MA in English at CUNY-CSI. In 2019 she received a micro-residency at NYPL by The Poetry Society and participated in The Americas Poetry Festival of New York.  She has published the poetry collections Liturgias Clandestinas, El Oscuro laberinto de los sueños and Geometría de la Urbe. The books of short stories Odalia y otros sin esquina and Somewhere in the Labyrinth.  She has directed the webzine Híbrido Literario since 2002.  In 2017 she started a cultural radio show called Híbrido Literario on Maker Park Radio, Staten Island, New York.

Wilmiriam Cotto Castellano (San Juan, Puerto Rico. 1992) is a graduated from New York University (NYU) with a Master’s Degree in Creative Writing in Spanish where she is currently visiting professor of Spanish. She has a BA in Interdisciplinary Studies with an emphasis in Creative Writing in English from the University of Puerto Rico, Rio Piedras Campus. Her current work seeks a connection and understanding of multigenerational traumas within the family nucleus through an idiomatic journey through Spanglish. Her work has appeared in the anthology Un Nuevo Pulmón (La Secta de los Perros, 2015), Cruce Magazine, Tonguas, Temporales Magazine and the zine Florali

Regina Grisolia is a writer from Rafaela (Santa Fe, Argentina), currently in New York studying the MFA Creative Writing in Spanish. She is a feminist activist, and also works as a screenwriter and journalist. For 10 years she was part of the Cooperative Mural Comunicación, a popular and alternative communication project in the city of Rafaela. She has won prizes for poetic and narrative works and has published in anthologies at the local, national and international levels. She prepares the publication of her first book, Poesía cruda para lo días al horno (premiado por el Fondo Editorial Municipal en el 2019), as part of an editorial project led by a women’s collective.

Joao Maria Cicero is a writer and teacher born in Brazil. He writes about pedagogy, queer theory, and visual media. His book “Anthropophagic Queer: Brazilian Contemporary Cinema” is coming out in 2020 published by Wayne State University Press). He is also a poet who writes and performs as João Maria Cícero. His first book “Corpo(s)” (2016) was published by Giostri Editores in São Paulo. He collaborated with a collective of Latin American writers for The US without us (Sangria Editores 2015), published in New York and Santiago, Chile, and “Tente Entender o que tento dizer. Poesia: HIV/ AIDS” organized by the poet Ramon Nunes Melo. He is also the editor with Katia Bandeira de Melo Gerlach of the literary journal ‘aosnovoiorquinos’ currently in its second issue. 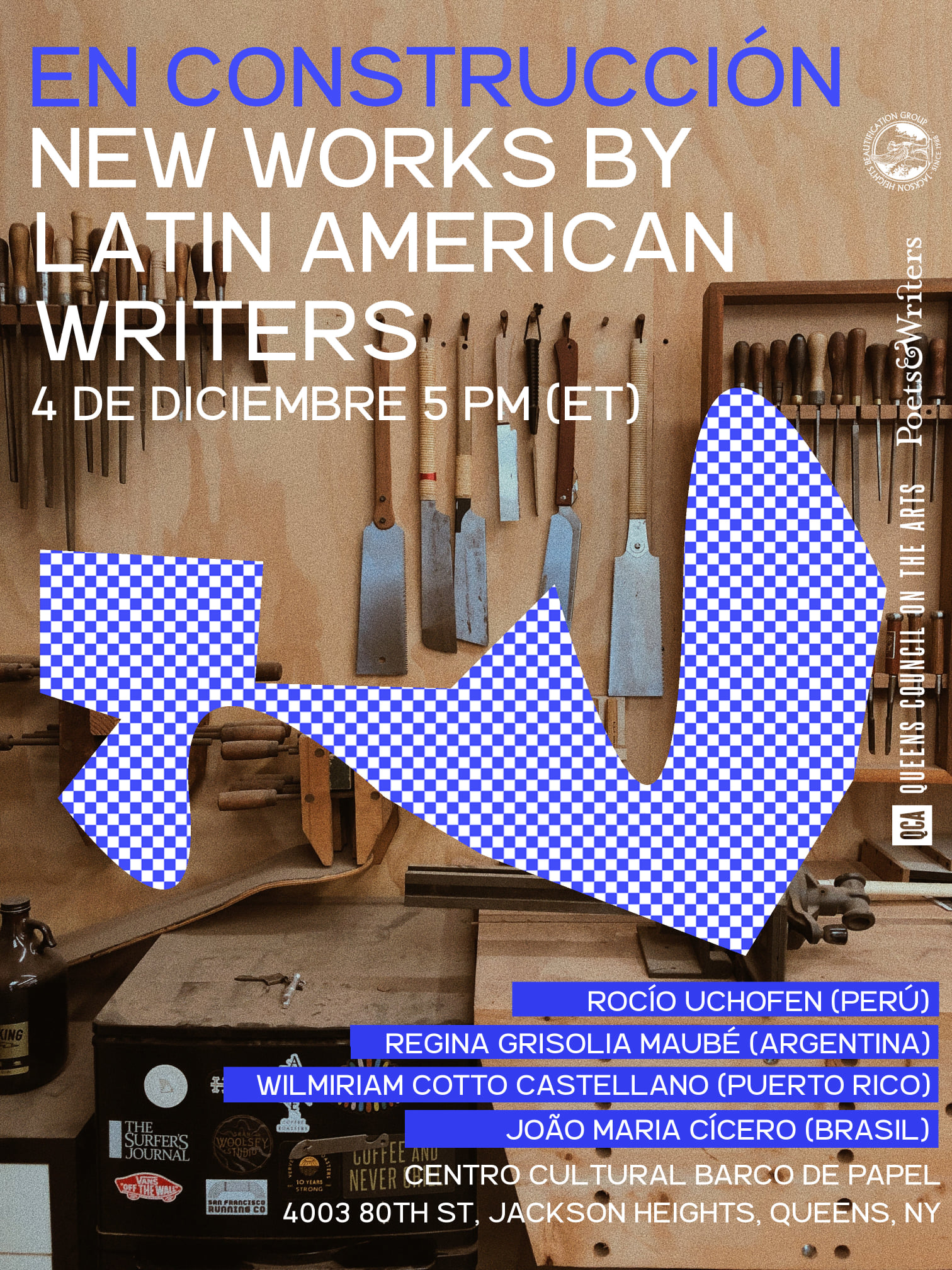