This event is part of the varied cultural programming that Centro Cultural Barco de Papel offers in 2016. Find photos of the event in our Facebook page

Hernando Cuevo (Bogotá, Colombia), singer of ballads and boleros, entertainer and speaker, is better known in show business under the stage name “Samy, the Hispanic Voice.” He arrived to New York City in 1992, following his artistic dream after sharing the stage as animator with “Frukon and Teso,” “El Combo de las Estrellas,” “Pastor Lopez,” “The Binomial of Oro,” and “Dario Gomez,” among other artists.

With transplanted roots in New York City, he continues to do what he enjoys, playing the role of master of ceremonies for events such as the Festival of Colombian Independence and different artistic activities at locales close to home, like those at Natives Theater in Jackson Heights, Queens and the Ritz Theater in Elizabeth, New Jersey. In addition to special events, Samy figures prominently in the community as a singer and entertainer, regularly performing at clubs, The Chibcha, Añoranzas and The Rumbero. He also served as a voice personality for Spanish-speaking radio and TV stations, Channel 66 and RCN Radio International for many years. Samy has delighted a generation of Latin Americans in our city with his talents, becoming a recognized and loved figure.

Currently, Samy continues his course, having matured with experience, entertaining audiences with his vocal talents at Sabor Latino and other entertainment venues in NYC.

Rubén Isola is an Argentinean musician born in Buenos Aires, where he studied guitar for 11 years at the Conservatorio Melani and 5 years with concertist Horacio Ceballos. In his native country, he completed courses in improvisation, jazz standards, electronics, random and concrete music.

Isola specialized in string instruments – guitar, mandolin, charango, Venezuelan cuatro. He achieved success with percussion too, dabbling with bass and percussion drums, conga, bongo and Peruvian cajón. With extensive experience interpreting tango, Argentinean and Latin American music, he was involved in many projects wherein music is held sacred. Theaters, television, museums and libraries, were amongst the many artistic centers in Buenos Aires where he strummed and drummed for fellow music lovers. He has resided in NYC since 1990, developing a solid career, standing out for his talent and professionalism while moving seamlessly in artistic circles. 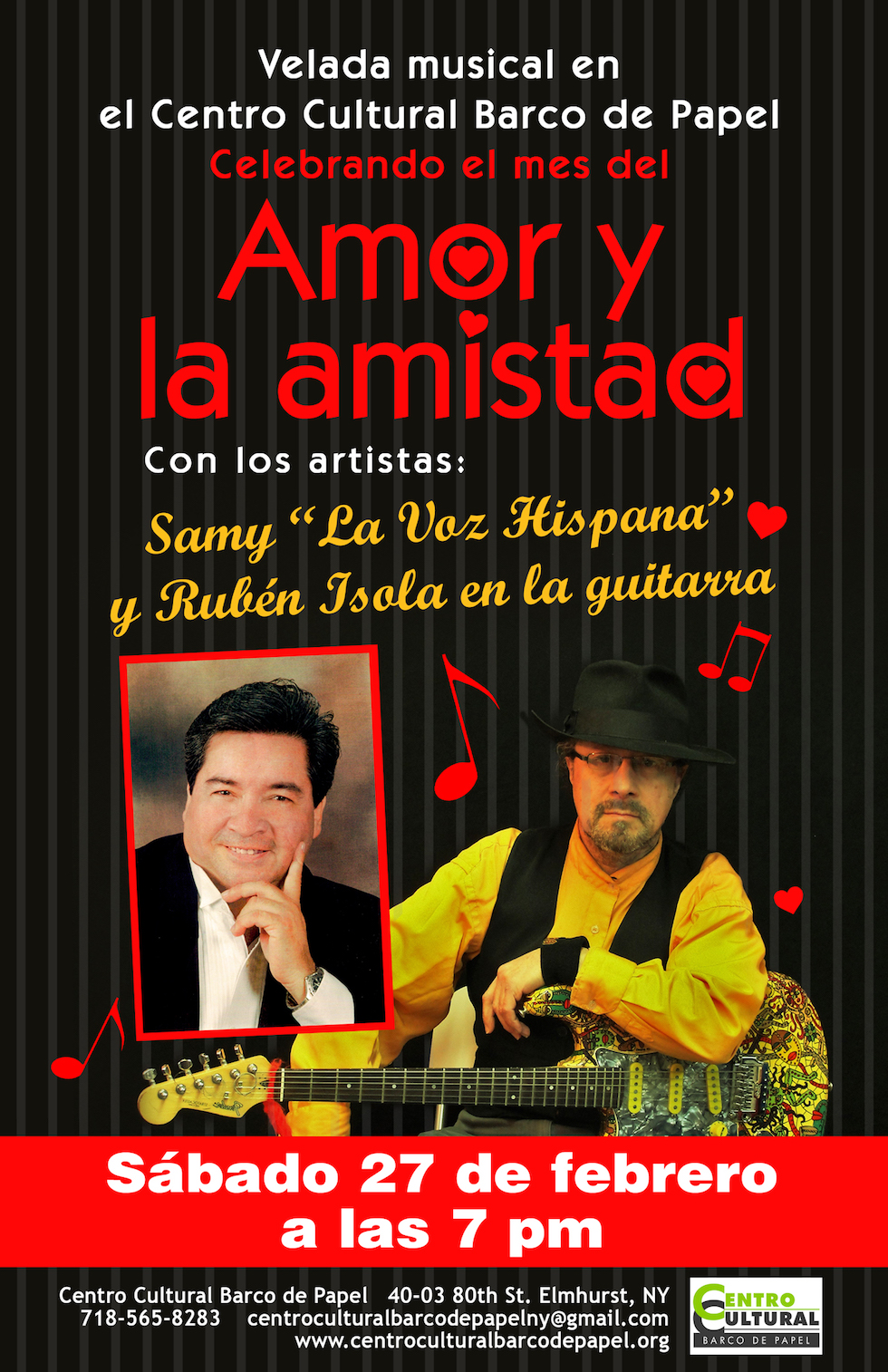