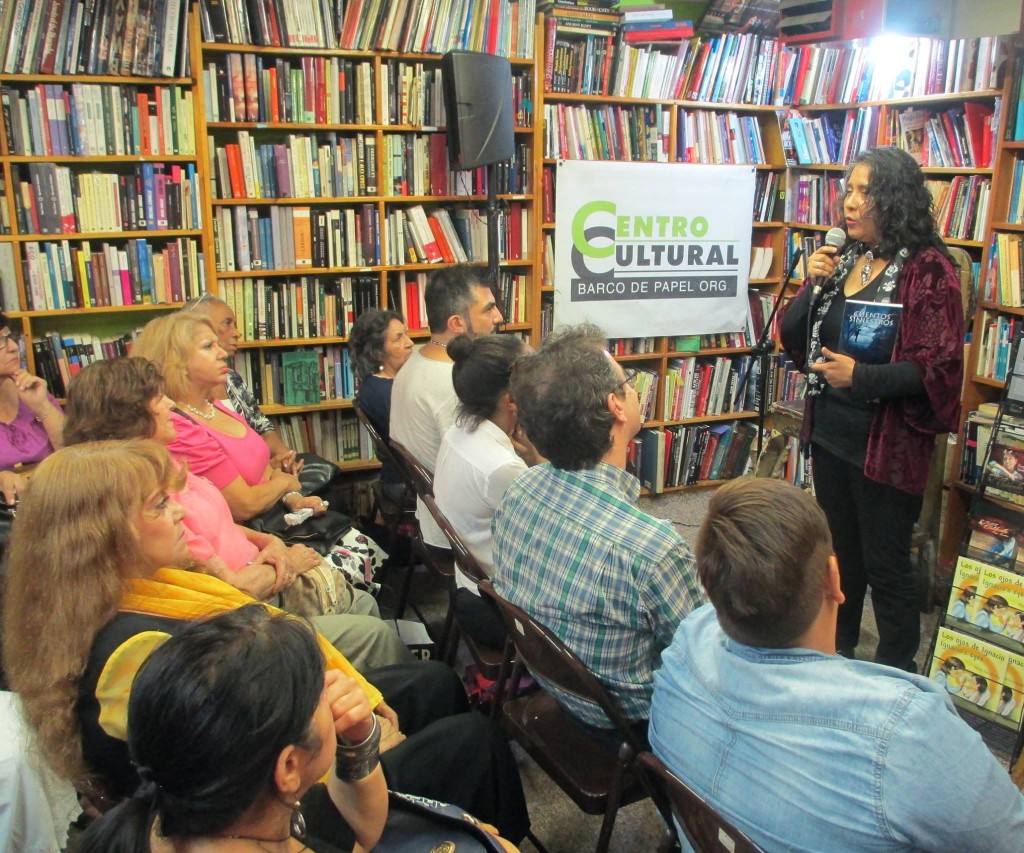 Peruvian writer living in New York, Rina Soldevilla presented her latest publication of stories, “Cuentos Siniestros” (Sinister Tales) in the Cultural Center Barco de Papel. Soldevilla who had already published two books of short stories, “Cuentos extraordinarios” (Extraordinary Stories) (2001) and “Los ojos de ignacio” (Ignacio’s eyes) (2010)  continued her work with a collection of fictional stories where love and horror stories are combined.
With a busy assistance, snacks where offered to attendees, and there was musical accompaniment by Ruben Isola. Photos in our Facebook Page.

Rina Soldevilla (Huasahuasi, Perú 1964 ) is a poet and writer. She has published a collection of fantastic stories of fiction, “La flor de la calabaza” (The pumpkin flower), Ignacio’s eyes (bilingual in Spanish and English) and Poems.
In addition to this recent publication, his book “Las fábulas de Rina” (Rina’s Fables) is being edited. Currently she is working in her first novel, described in the words of Soldevilla as “overflowing with mystery, horror and suspense.”

Rina Soldevilla has to her credit a career as a dancer and actress in Peru. She lives in New York with her husband Enrique Soldevilla, from Chancay, and his sons Karlo (24) and Randy (16) born in the United States. She has been recognized by institutions such as the Tauro College, The International Library of Poetry, the Peruvian Culture and Heritage Month Inc. and the Peruvian-American National Council. She has also been honored as community leader writer at the White House in Washington DC, and she obtained the Merit Medal for his work in Peru by the New York Cultural Center. He also received recognition as Outstanding Women 2014 by the Diario La Prensa in New York.